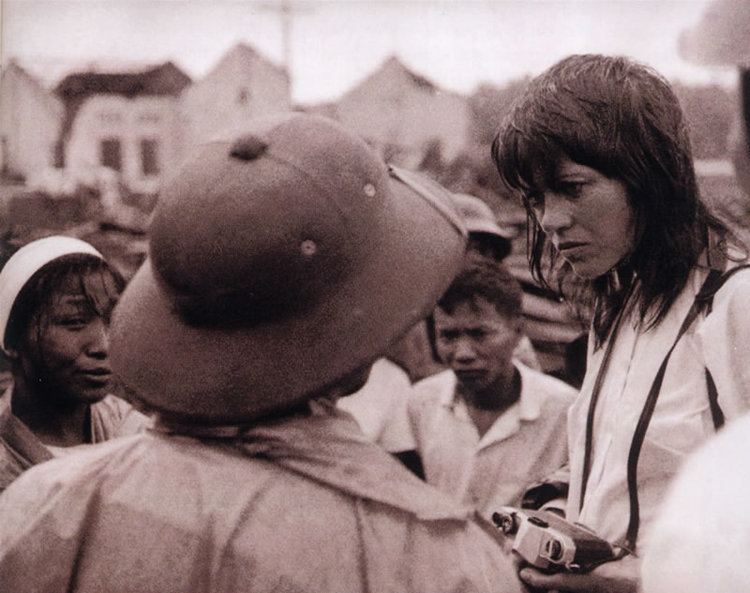 Letter to Jane: An Investigation About a Still (1972)

Letter to Jane is a 1972 French postscript film to Tout Va Bien directed by the same duo (under the auspices of the Dziga Vertov Group). It came as quite a surprise to me to realise that I had until recently never actually seen this much-discussed polemic from Godard’s radical phase. The fact that the commentary was delivered by Godard himself and Jean-Pierre Gorin in English was another surprise, as I had no idea that Godard spoke English.

As the film progressed I became angrier and angrier at the fact that Godard & Gorin never drew back to let us see the whole photograph for ourselves. Early on in the film (before we’ve had time to get our bearings), a slightly fuller version of the picture appears as part of the original ‘L’Express’ article in which it appeared; so we know that the picture extends further than Godard & Gorin subsequently permit us to see – but we never see the picture in anything approaching its entirety ever again.

Instead Godard & Gorin show us only what they want us to see, while on the soundtrack they didactically ramble on and on; mercilessly bludgeoning the audience with egregious digressions, non sequiturs and name-dropping. It’s as if some officious bore were sitting opposite you holding an 8 by 10 copy of the original picture which they insist on describing to you in great but selective detail; but every time you try to get it off them so you can have a look at it for yourself pulls away and never lets you have it.

This sort of stunt might have worked during the seventies when you were seated in a cinema and couldn’t replay any of the film on DVD or YouTube. But thanks to the internet, as soon as I got home after the screening I was able to immediately look up the full uncropped picture on Google Images; and the enormity of Godard & Gorin’s offense was revealed. Godard & Gorin go on and on AND ON in a wildly speculative fashion (confident assertions beginning “In fact” or “We couldn’t help observing” or “We have proved” rubbing shoulders with frequent caveats like “We think” and “In our opinion”) about the man in the white shirt in the background with his face grainily blown up to show only him; and yet almost completely ignore the man in the pith helmet in the foreground that Fonda is actually concentrating upon. Furthermore, nobody watching Letter to Jane ever sees that on the right of the original photograph there is in fact another woman listening; and only at the beginning of the film can we see that Fonda is holding a camera.

So it’s a bit rich of Godard & Gorin to sanctimoniously accuse ‘L’Express’ of deliberate lying and manipulation while they themselves are throughout wilfully withholding information from the viewer. Richard Chatten