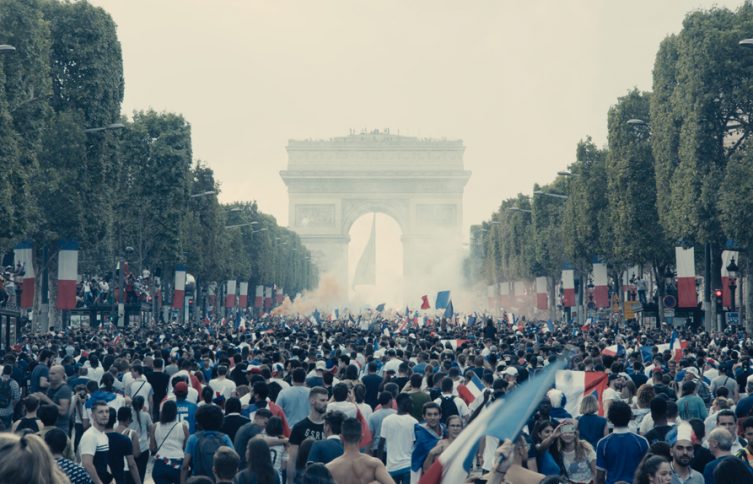 Not to be confused with Victor Hugo’s 1862, Les Miserables is in a way a 21st update of the milieu where the French classic took place. With echoes of TV’s Law & Order Ly channels the anger and malaise of modern city life into his contemporary story, that kicks hard against the system.

Opening with documentary footage showcasing the national unity leading up to France’s 2018 World Cup victory, to the headline “There are no bad plants or bad men; there are only bad cultivators,” is an apposite one that could apply to dogs and children as well.

This good cop, bad cop urban thriller follows a day in the life of officer Stéphane (played by Damien Bonnard), who’s recently fetched up the backwater of Montfermeil from the almost genteel by comparison town of Cherbourg. Ly – who directed and co-wrote the debut feature from his own short film – grew up in this badass council estate and we soon find out that the cops are as venal as many of the locals they victimise. This soon emerges when Stephane is tasked with shadowing two Anti-Crime Squad officers, Chris (played by the distinctly unappealing (co-writer) Manenti, a really nasty piece of work, and his black sidekick Gwada (Djebril Zonga) who, interestingly, also abuses his power, and almost manages to corrupt Stephane’s straightforwardness and strong sense of public duty. The trio roam around the neighbourhood where drug dealers are free to peddle their wares and kids run wild. Meanwhile the local Muslims try to go about their business, and a petty criminal called Issa, who has stolen a baby lion from the circus, nearly loses his eye when Gwada fires a flash-ball gun further adding to mayhem. Clearly Ly is playing things up for dramatic effect but it also transpires that this community has more or less been abandoned by the authorities for so long that it has developed its own dog eat dog existence. And this sad fact is portrayed with a great deal of humour and humanity by Ly and his co-writers Alex Manenti and .Giordano Gederlini.

Julien Poupard’s camera captures the area warts and all with his brilliant images, often from the officers’ moving car and this is amplified by drone footage, adding considerably to the gritty allure of this everyday story of life in a place where little has seemingly changed in nearly 200 years. MT