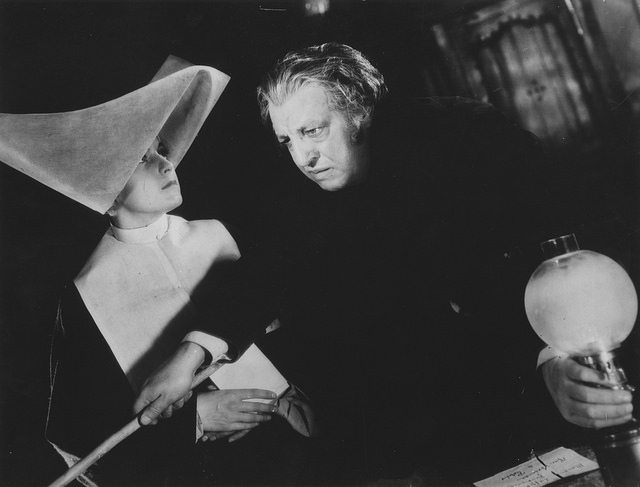 A mammoth undertaking that puts the latest version to shame is Raymond Bernard’s 1932 adaptation of Victor Hugo’s classic novel LES MISERABLES which followed rapidly in the wake of his epic First World War drama LES CROIS DE BOIS (WOODEN CROSSES (1932). With a screen time running to nearly five hours, Bernard’s epic version reflects the original source matter in all its breadth and glory: this is not a film for the faint-hearted but well worth it when time and leisure permits.

There is much to admire about Bernard’s version which followed the style of the historical spectacle; skilfully blending his dramatic narrative with ambitious set design by Lucien Carré and Jean Perrier, cinematography by Jules Kruger and a cast of over fifty characters. Told against the background of 19th France, it traces two decades in the lives of Jean Valjean, the central character, played by the superb Harry Bauer (who sadly was to die in the Second World War) as he attempts to evade the clutches of the unscrupulous Inspecteur Javert (Charles Vanel – The Wages of Fear). Told in three parts: ‘Tempest in a Skull’, ‘The Thenardiers’ and ‘Freedom, Dear Freedom’ , it was filmed in and around Antibes and Nice on the Côte d’Azur.

• New presentation of the film in its complete length from the new Pathé 4K digital restoration
• 40-PAGE BOOKLET with new and vintage writing, rare archival material, and more!
• A host of additional extras to be announced