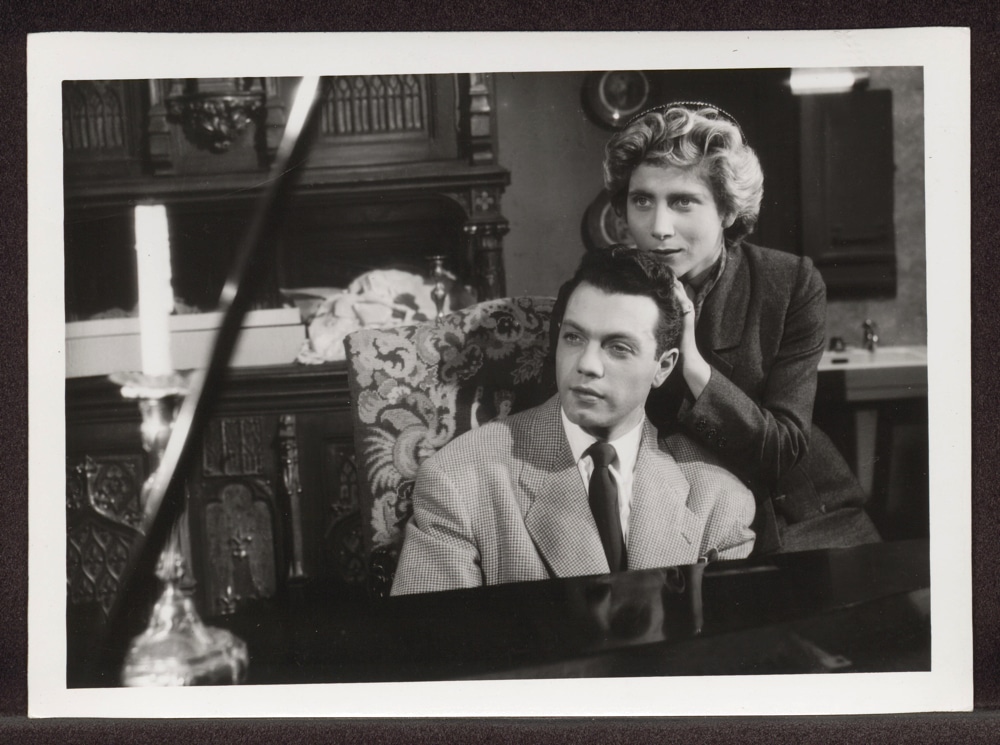 It is difficult to imagine two different directors (and personalities) more different than Jean Cocteau and Jean-Pierre Melville. Yes, both were French – Cocteau, the poet of a decadent underworld; and the intellectually aloof Melville, whose policiers were disguised Westerns. But it happened, when Cocteau asked Melville to adapt his 1929 novel “Les Enfants Terribles” for the big screen, having watched his 1947 debut feature Le silence de la Mer. Detachment met passion, but the result was closer to a duel than a collaboration, fought out between two ex-students of the famous Lycée Condocet. Against the odds, a cult classic was born.

Paul (Dermithe), is severely injured in a snow ball fight at the Lycée Condocet; Dargelos (Cosima) who threw the fatal ice bomb, is expelled from the school. Paul lives with his dominant, possessive sister Elisabeth (Stéphane) and their dying mother, looked after by the maid, and supported by a kind doctor (Revel). Paul’s friend Gérard (Bernard), is the only person Elisabeth will give houseroom to but after her mother’s death Elisabeth’s fortunes improve: she becomes a model and meets Agathe, also played by Cosima, although her short marriage to a wealthy business man ends with his death in a car crash before they can consummate the marriage.

Elisabeth moves into his vast mansion inviting Paul, Agathe and Gérard to join her but Agathe and Paul soon fall for each other concealing their feelings, so as not to upset Elisabeth. But their love is exposed when Elisabeth intercepts Paul’s secret billet doux to his paramour, and she forces Gérard and Agatha to marry and leave the house, so she can be alone again with Paul.

On the first day of filming, Cocteau’s lover Dermitte was on set when the writer shouted “Oh no. Cut”, immediately apologising for upstaging the director Melville, and claiming: “Forgive me, I don’t know what came over me. I thought I was still on the Orphée set”. Later Cocteau went on “to advise” Melville, leading to a contretemps between the two, putting their relationship under strain until Melville, feeling ill one day, asked Cocteau to take over the helm and was surprising that he followed his instructions, “like a real Assistant Director”. Melville then explained, “The one thing Cocteau wanted was for me to die, so that he could make the film himself.”

Jean-Pierre Melville, who became the “grandfather” of the Nouvelle Vague (for a time), reported, that Truffaut had seen the film 25 (!) times, and Chabrol, during the shooting of Les Cousins, asked DoP Henri Decaë “to do exactly what you did in Les Enfant Terribles”. Decaë’s poetic black-and-white images are perfect for this decadent incestuous rapport between two siblings who did not want to grow up, playing games until the disastrous denouement. Melville chose Bach and Vivaldi in preference to the Jazz score, Cocteau had favoured – and  it perfectly accompanies this morbid and maudlin death dance. AS

Released on Blu-ray, iTunes and Amazon Prime on 13 December 2021