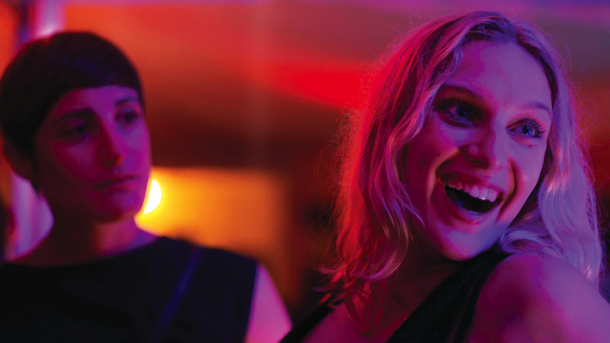 Filmed during the Locarno Film Festival of 2011, this is an inside job: we learn everything we want to know how the participants of a film festival (mis)behave. Letourneur cast three young women on the hunt for male company, while neglecting the cinematic feast on offer. Sophie tries to score with the actor Louis Garrel, whom she has only met once, Camille has chosen the rather enigmatic “Liberation” film critic Julien Gester, whilst Carole is rather undecided and only wants cuddles, but finds the ex-Cahiers writer Eugenio Rizzi, an Italian hunk. Girltalk about sex, often more interesting than the real thing, ensues, and twitter and Facebook activities dominate the rest of this mixed bag. It is certainly more watchable than many movies of this genre dominated by males, but the occasional laugh does not make up for a rather superficial proceeding. Shot on HD, the acting is lively, camera work is rather mediocre, and the directress tries (not always successfully) to find a style for the cinema, whilst clearly being influenced too much by TV. The film never touches on any subject for long enough to make it worthwhile, there is no real centre and it is at it best when reporting on the festival. AS