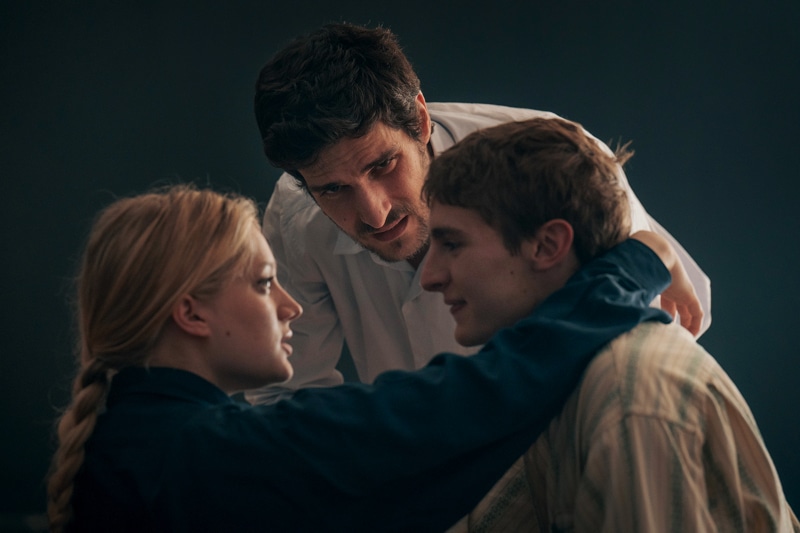 Captivating, chaotic and tenderly nostalgic, this attempt to distill the essence of student life at the acting school founded by director Patrice Chéreau (La Reine Margot) at the famous Theatre des Amandiers in Nanterre is the fifth feature from Italian French actor/director Valeria Bruni Tedeschi who follows a group of students honing their craft in her own alma mater in the late 1980s.

Bruni Tedeschi, who wrote her screenplay with Noémie Lvovsky and Agnès de Sacy, explores this intense environment through the dizzy central character of Stella (Tereszkiewicz) who feels semi-autobiographical for Bruni Tedeschi, the peachy young blonde resides in a palatial flat with a butler (her father was a wealthy Italian industrialist) and gives her all in an melodramatic audition that wins her a coveted place. She falls for fellow student Etienne (Bennacer), a sultry Alan Delon lookalike with come-to-bed eyes, who will be trouble from the start. It’s a doomed relationship that will feel familiar to many as fraught first love affair captured woozily in Julien Poupard’s kinetic camerawork.

Most of the students are soon taking drugs and sleeping with each, and the fear of AIDS rears its ugly head. Chéreau (Louis Garrel in his best performance yet) and his assistant director and Pierre Romans (Micha Lescot) join in the fun while maintaining the rigour of the teaching style in this incestuous but supportive acting community. Forever Young’s only fault is that the freewheeling style lacks structure despite its dramatic peaks and troughs. But the heart and soul is there in a deeply affecting film that feels authentic and achingly romantic but also frustrating at times in its efforts to maintain the narrative’s focus: what is being an actor? MT