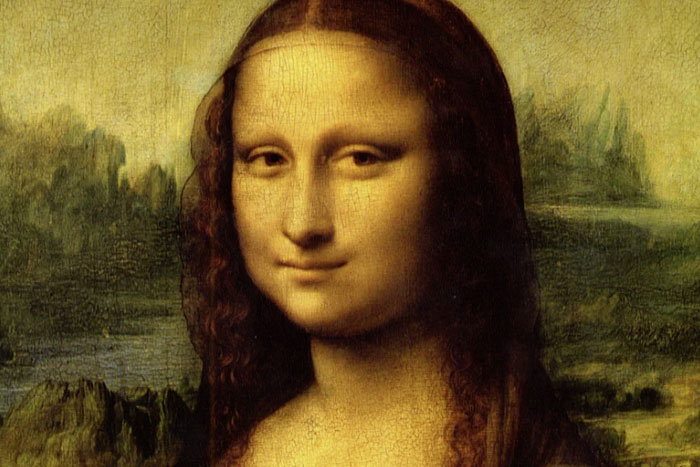 Leonardo da Vinci is arguably the world’s favourite artist. He painted the world’s best known painting, the Mona Lisa. And here documentarian Phil Grabsky once again blends interviews with leading curators and live filmed footage to flesh out the life of the real man born into hardship and illegitimacy during Renaissance Florence in the small village of Vinci.

During the Renaissance Florence was very much a mercantile city at a time where art was considered an intellectual pursuit. When Leonardo’s father took samples of his young boy’s work to leading art specialist Andrea del Verrocchio, the painter was astonished and immediately took Leonardo under his wing in his highly esteemed workshop at the end of the 1460s.

Artists were painting with a blend of egg and pigments but, and oil paints were gradually being tried out during the mid 15th century, and Leonardo started to work with this experimental medium claiming his technique was to paint:”Everything that was visible and invisible” in his subjects.

While the curators fill us in on the main facts about Leonardo’s early career, Grabsky’s expert camera floats over his principle works of art, taking in all the minute detail with his intimate lensing. Paintings such as The Annunciation are discussed at length. It emerges that Leonardo was rarely satisfied with his work, and was always challenging himself and striving for perfection. He even competed with the master Verrocchio, particularly in his painting of the Baptism of Christ which is brought alive; Leonardo bringing movement and light into quite a static subject, and turning a good picture into a remarkable one. His picture of Madonna and Child with a Vase of Flowers contains a vase with dewdrops painted delicately all over it. This was a skill and technique that bought paintings alive, and made Leonardo stand out from the other artists of the era. The Ginevra de Benci has a daring stare which was considered rather outré at the time. The painting also combines elements of sculptural detail in the shapes of the trees, marking out the artist’s innovative talent for giving depth to his work. Another Madonna and Child (1478-80), now in St Petersburg’s Hermitage embodies a happiness that is almost misleading given history, yet completely understandable: a young woman has just had her first baby boy. But the cross of white flowers hidden in his hand holds the key to the tragedy. In this way Leonardo’s work was distinguished  by its depth in internal narrative that made in not only luminous but also unique at the time.

Elusive, he was known to be gay and mixed within a tight circle of refined, stylish and highly educated young men. Through his drawings we also get an insight into Leonardo the man. His artistic life interweaves with his personal life – even what he was having for lunch was sketched out and annotated. Through his love of animals and horses he  manages to convey with a kinetic freshness, energy and  rhythm – the animals rearing or in flight – he also studies the movements of the garments worn by their riders.

The Adoration of the Magi contained a turbulence and tenor that has never been seen before. It also marked his move to Milan where the market of the time was more competitive and affluent. In the 1480s Leonardo needed to make some money to cover his escalating debts. And it is here that he meets the illustrious Duke of Sforza. And it is here that his skill in depicting architecture, and mechanical drafting comes into play – these were skills that actually added value to his ability to paint figuratively, but also to hone his techniques in giving form the human body and musculature – and this is particularly noticeable in the Saint Jerome (1480). Tone, colour and shadow is also explored as Leonardo attains new heights in The Madonna and Suckling Child (1481/Hermitage).

Grabsky presents every single attributed painting, in Ultra HD quality, never seen before on the big screen. Exploring other key works such The Mona Lisa, Lady with an Ermine, Madonna Litta, Virgin of the Rocks, this information documentary culminates with Leonardo’s masterpiece The Last Supper (1496-8) and takes a deeper looks at the painter’s inventiveness; sculptural skills; his military foresight and his ability to navigate the treacherous politics of the day, through the prism of his art. MT