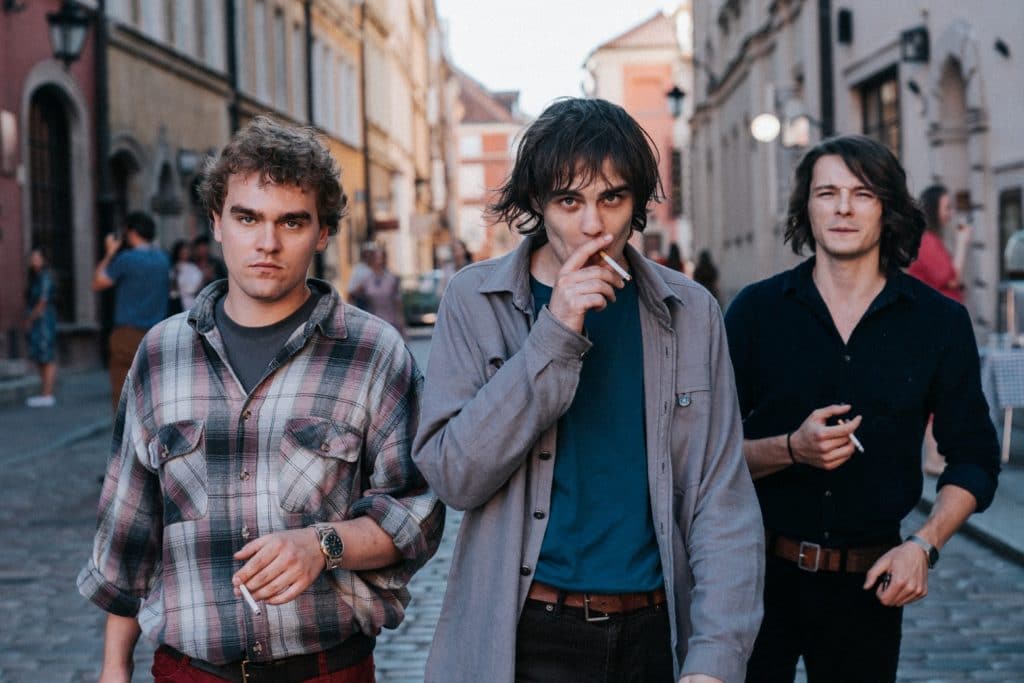 Jan P. Matuszynski’s passionate if rather sprawling political thriller is testament to how ordinary people as well as the police forces were complicit in Poland’s tyrannical Stalinist regime that led to the murder of 18 year old Grgzegorz Przemyk, son of the poet and Solidarnosc supporter Barbara Sadowska (Sandra Korzeniak).

In Warsaw on the 12th of May 1983, Przemyk (Gorski) was celebrating the end of term with his friend Lezary Filozof (Zietek). But the evening was to end in tragedy after the teenager was arrested for drunken behaviour and beaten up by local police in a way that outward signs were hardly visible, according to the para-medics, Michal Wisocky (Pawlak) and Jacek Szyzdek.

The authorities, Party, Military and Police, immediately started a cover-up operation which included raids on Filozosf’s home, while the witness was in hiding. The secret police found love letters from Filozof to Barbara Sadowska, and used them to subdue Filozof’s statement. His parents, afraid that the regime would damage their livelihoods by inventing ‘irregularities’, denounced their son to the Secret Police.

But Lezary did not give in to pressure. Meanwhile, the authorities made one of the paramedics, Wisocky, admit, that he trampled on Grgzegorz. Again, they used threats against his family to elicit the false confession. Wisocky later tried to commit suicide in prison. Franziske Rusek, the independent prosecutor, was then replaced with the more pliable Jozef Zyta, who was under the influence of hardliner Wieslawa Bardonowa (Konieczna), a fierce State Prosecutor.

When the trial opened in December 1983, nearly all the defendants were cleared, apart from the guiltless paramedics, who were sentenced to two years in prison, but released earlier. Even though in 1993, after the fall of Stalinism, an independent commission tried to uncover the truth, the statute of limitation ran out in 2010, and everyone involved got off scott free. Several years later Barbara Sadowska died of lung cancer.

DoP Kacper Fertacz’ hyper realist images show how squallid the living conditions were in the 1980s, even for the supposedly middle class Lezary family. Performance wise, Alexandra Konieczna (Wieslawa Bardonowa) makes for a steely General Prosecutor masquerading as a middle-aged ‘Hausfrau’, who visits her friends for an afternoon of coffee and cakes after using her considerable brain power to destroy the witness Filozof in a frightening turn as a petit-bourgeois avenger let loose. The rather self indulgent running time of over two hours dilutes the thrust of the powerful storyline- the endless meetings of the Apparatchiks could have been scaled down. AS

NOW ON RELEASE FROM FRIDAY AT SELECTED ARTHOUSE CINEMAS