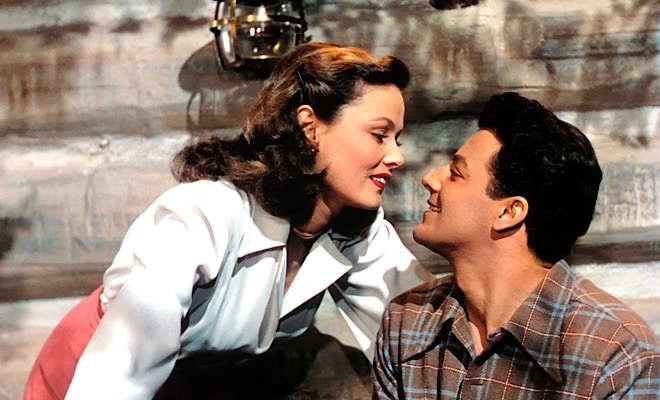 I was once asked what the most glamorous film I could think of was; and this sumptuous adaptation of Ben Ames Williams’ best-seller was the title from my video collection I came up with.

Only in the movies could a man find himself being interrogated in court by a district attorney who had previously been the discarded suitor of the woman he married; played, moreover, by Vincent Price with all the vengeful malice he could muster.

Long after his death in 1950 director John Stahl was described by Andrew Sarris as “a neglected pre-Sirkian figure”, and with Natalie Kalmus making sure the images were clean and bright Leon Shamroy’s Oscar-winning Technicolor photography was not then permitted the dramatic high-contrast look Russell Metty created ten years later for Douglas Sirk at Universal (the lens flare at one critical moment probably made it into the final print only because it was in a scene shot on location and Technicolor therefore couldn’t insist upon it being re-shot). But the rich images and Alfred Newman’s magnificent score make it a glorious experience to savour. @RichardChatten