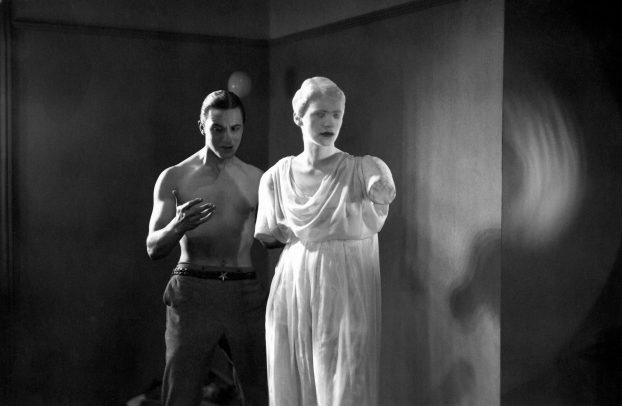 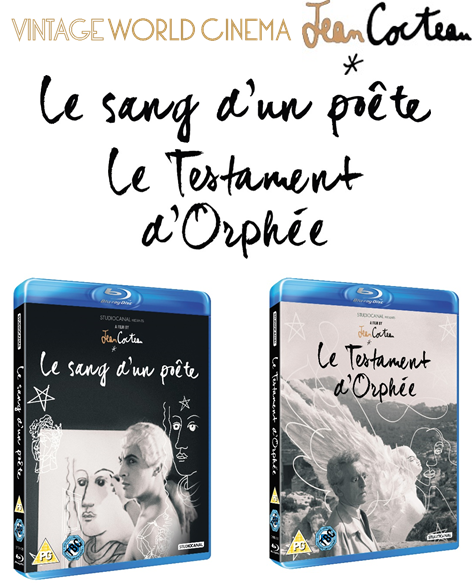 Jean Cocteau – poet, playwright, novelist, designer, visual artist and one of the avant-garde movement’s most inventive and influential filmmakers was born in 1889, and grew up in Paris, immersed in the theatre and art world. He published his first volume of poems at just 15 and began mixing in bohemian circles becoming known as the Frivolous Prince.

He associated with Marcel Proust, Maurice Barres, Pablo Picasso, Amedeo Modigliani and numerous other writers and artists with whom he later collaborated. At a time when society condemned it, he was openly homosexual and homoerotic undertones, imagery and symbolism pervade all aspects of his writings, art and films. Despite financial constraints he continued to work even through the war years when he was forced to ad-lib often making do with bric-a-brak and bed sheets as part of the scenery in Le Belle et la Bête (1946). It still looked ravishing.

Made thirty years apart, these two recent 4k restorations effectively frame his filmic career and are both considered masterpieces of the avant-garde movement.

LE SANG D’UN POÊTE – is an exploration of the tortuous relationship between the artist and his creations. LE SANG D’UN POÊTE, seeks to explore the feelings within a poet’s heart and soul, beginning in an artist’s studio where an unfinished statue comes to life. The lips of its androgynous face move, pressing a kiss to the artist’s hand. At the statues demand, he plunges it into a mirror.

This last film is a truly abstract piece of work. Portraying an 18th century poet who travels through time on a quest for divine wisdom, it is another finely crafted, surreal and magical piece set in a mysterious, post-apocalyptic desert where Cocteau meets a series of enigmatic characters, joining them to muse about about the nature of art. Often gently poignant and whimsical in tone, this ethereal drama resonates with his Spanish roots – he settled in Andalucia for a while, in common with Picasso. Cocteau assembles an eclectic cast that includes vignettes with  Pablo Picasso himself, Jean Marais, Brigitte Bardot, Charles Aznavour, Roger Vadim and Yul Brenner in a piece that veers between gentle irony and low-key pessimism. Cocteau admirers will probably find it very moving.

LE SANG D’UN POÊTE (The Blood of a Poet) and LE TESTAMENT D’ORPHÉE (The Testament of Orpheus) will be released on ON BLU-RAY, DVD AND DIGITAL DOWNLOAD – 5TH AUGUST 2019