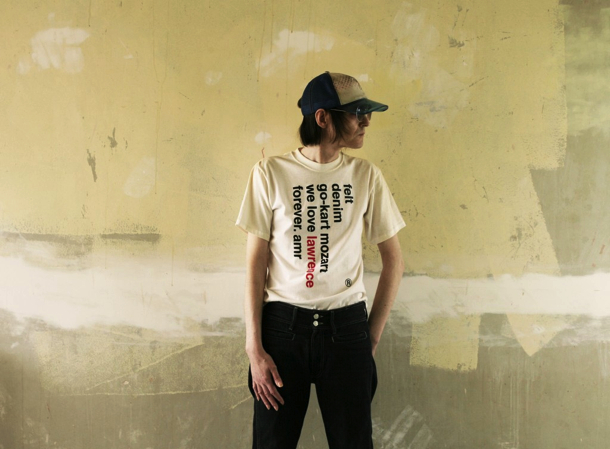 ‘Felt’, ‘Denim’ and ‘Go-Kart Mozart’ were British alternative rock bands in the 1980s and Lawrence was their charismatic frontman. On indie labels ‘Felt’ alone released ten albums and ten singles – one for each year of that decade, and it’s difficult not to be caught up in the optimism of this quirky biopic that charts Lawrence’s rise to fame; a fame that never quite happened in the way that he hoped it would. There’s little chance that his dreams of money, mainstream success and ‘never having to ride the tube’ will ever happen but this disappointment seems secondary to Lawrence’s sheer enjoyment of his music.

From the opening titles we are drawn to this rock star manqué with his wry lyrics and air of self-deprecation. Maverick, loner and trailblazer, he admits to putting money before friendship yet there is something undeniably appealing and gentle about Lawrence that makes him likeable just the same. For most of the film he wanders around looking dishevelled with his plastic bags and wistful take on life, and never taking himself too seriously is probably his greatest asset.

Musician turned filmmaker Paul Kelly captures his essence in this idiosyncratic biopic, one of a clutch of documentary London-focused features in a career that started in 2003 with Finisterre – a psychogeographical study about the capital’s effect on the musicians who live there, namely the band members of St Etienne; This is Tomorrow (2008) a tribute to the South Bank’s cultural centre; and Monty the Lamb, a short film about Hendon Football Club narrated by its mascot Monty.

Well-edited footage encorporates witty exchanges and interviews as Lawrence goes about his business promoting the band and visiting various haunts including his childhood home in Birmingham, and Belgravia, where he currently hangs out. Fans will particularly love this oddball documentary. Even for the uninitiated this is a small cinematic gem. ©MT

A BFI SUBSCRIPTION EXCLUSIVE FROM 7 JUNE 2022