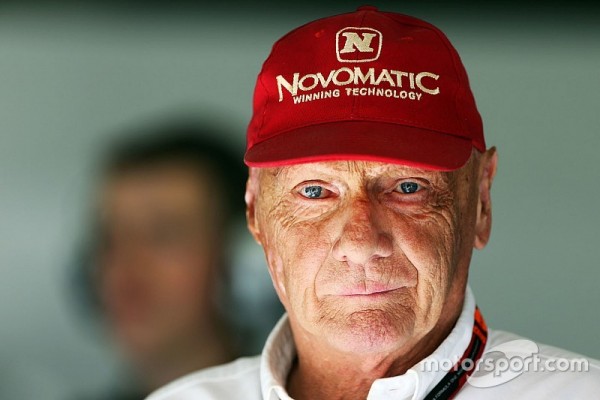 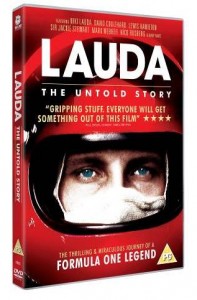 On the 1st of August 1976 the Austrian Formula One racing driver Nikki Lauda was involved in a horrendous accident on the Nürburgring during the German Grand Pix. Pulled out of the burning car by fellow drivers, he suffered severe burns to his face and damaged to his lungs from inhaling toxic gases. He was lucky to survive, but only six weeks later he raced again at the Italian Grand Prix in Monza.

In Hannes Schalle’s big screen debut, we find out that Lauda was born in 1949 into an upperclass Viennese family who were appalled at his choice of profession. His grandfather wanted him to make the headlines in the business rather than the sport pages, and this wish eventually came true when, after his retirement as a racing driver, Lauda founded an airline which he later sold to “Austrian Airlines”.

There is a lot of love for Lauda from his fellow racing drivers, but the three times world champion is the only one showing a little detachment to his erstwhile profession, questioning the validity of 36 Grand Prix garnering the lion’s share of the media headlines over the racing weekends. Unfortunately, Schalle concentrates on these endless talking-head interviews with fellow drivers whose main focus, apart from Lauda, seems to be the security arrangements, or lack of them, before the 90s. (Lauda had argued to boycott the 1976 German Grand Prix, but was out-voted by his fellow drivers.)

Whilst this is clearly a valid point to make, the subtle nuances in road and car safety improvements are both overwhelming and inane to an audience not familiar with racing. When Schalle interviews Lauda’s first wife, Marlene Knaus, she observed that she was  “married to three different Nikki’s”; unfortunately the filmmaker does not elaborate more on this remark. Thus, Lauda: The Untold Story, stays exactly this way: we learn next to nothing about a man from privileged background, who risked his life as a racing driver in the early years of his career, paying with borrowed money to secure a gilded place in racing posterity. AS