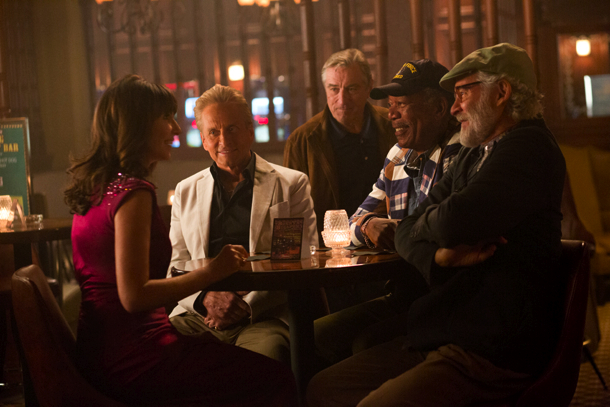 A stellar cast of real pros makes this trip to Las Vegas a worthwhile bet. When Robert de Niro, Michael Douglas, Morgan Freeman and Kevin Kline head off on a ‘boys’ weekend’, it’s bound to be gold-plated especially when the destination is Vegas and they are clearly out to have fun. Schematic and corny it may sound but this certainly hits the jackpot comedy-wise, offering moving moments and valuable insight into mature dating and life-long friendship. 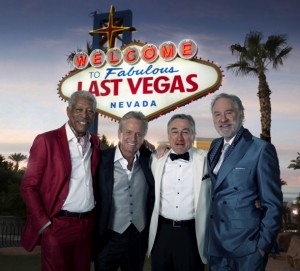 A glitzy get-together is the clearly the order of the day before Billy, 69, finally decides to tie the knot with a girl who could be his grand-daughter (Bre Blair). And where better than the Nevada gambling haven?. Michael Douglas is a natural charmer as Billy, the oldest swinger in town, with his biscuit tan and ‘stay-pressed ‘slacks. His bitter  love-rival Paddy (De Niro) is still mourning his beloved wife who Billy once dated (seen in flashback to their youth).  Sam (Kevin Kline) is hoping for a late leg-over too (with his wife’s blessing) and 76 year-old  Archie (Morgan Freeman) is desperate to escape house arrest at his son’s, after suffering a stroke.

Dan Fogelman’s sparky script ensures cut and thrust with events taking an unexpected turn for Billy when he bonds with a sophisticated cabaret singer Diana, (Mary Steenburgen) on arrival. In Vegas to revitalise her career and not afraid to push the love boat out, Diana proves a mellow counterpoint to his young and brittle fiance, Lisa (Bre Blair) who never really convinces but certainly looks the part.  In a strange twist, Sam gets embroiled with a drag queen (Roger Bart) who takes the wind out of his sails, while Archie hits the jackpot and is upgraded to the hotel’s presidential suite, providing the venue for an impromptu knees-up and attracting the resort’s most alluring eye candy, allowing him to kick back from his more worthy roles of late. 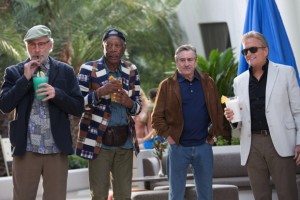 Mary Steenburgen’s musical role is the icing on the cake and one delivered with charm and mature assurance that makes her delightful to listen and popular with the flirty foursome. The bets are off on who finally wins her hand. MT

LAST VEGAS IS ON GENERAL RELEASE NATIONWIDE FROM 3RD JANUARY 2013.