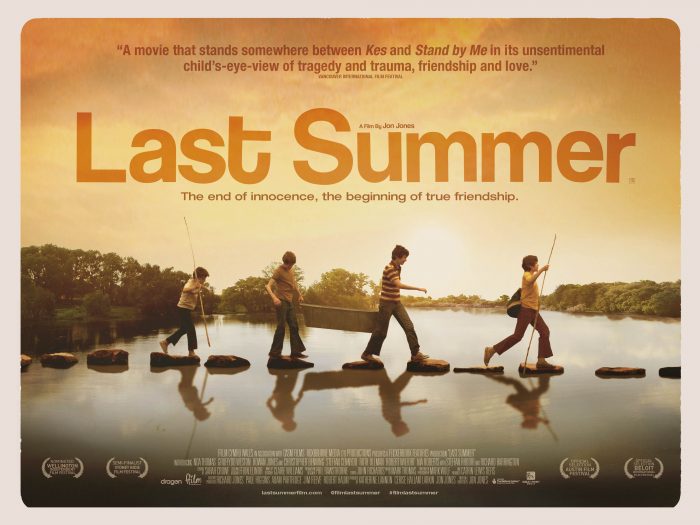 Four boys are looking forward to their summer holidays in the Welsh valleys when the adult world intervenes to spoil their fun. Instead of playing and discovering the joys of barn owls and and a sheep dog Rex, they are faced with the police and the social services as reality strikes. Catapulted into the adult world, they decide to take matters into their own hands – and who wouldn’t with a mother like Davy’s, freaking the boy out with the threat of some impending fate. Getting the melodramatic bits over early, means this well-paced drama can then unfold gradually, from the perspective of the boys.

Set during the 1970s in the stunning countryside of South Wales, and chockfull of authentic ’70s detail (right down to the anaglypta wallpaper), Last Summer is certainly  powerful emotional coming of age drama exploring the nature of growing up in a small rural community. There’s an appealing purity and an innocence to it making a refreshing change from the hardbitten sweary slices of social realism we’ve grown to expect from British filmmakers nowadays. It also introduces an outstanding cast of young Welsh actors including Gruffydd Weston, Rowan Jones and Christopher Benning with an astonishing performance from Noa Thomas as Davy. Best known for his TV fare such as Cold Feet and Northanger Abbey, this is Jones’ feature debut and he really pulls it off. The cast includes Richard Harrington (Hinterland), Steffan Rhodri (Gavin and Stacey) Robert Wilfort (Peterloo, Wolf Hall) and Nia Roberts (Keeping Faith, Rillington Place, Hidden).