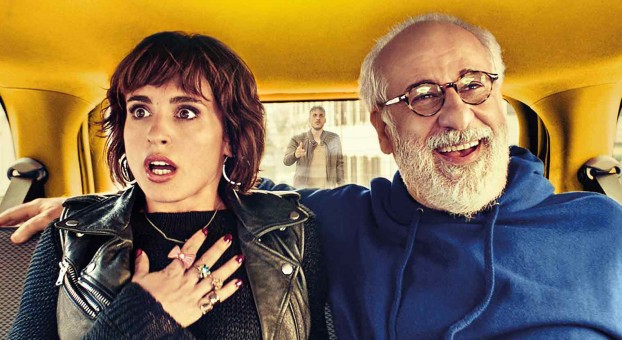 A mildly amusing comedy that looks encouraging then rapidly goes downhill with Toni Servillo playing a sophisticated psychoanalyst who runs into problems due to his unavoidable sedentary lifestyle on the couch. Set in the upmarket surroundings of some plush Italian neighbourhood, Let Yourself Go starts brilliantly with a strong line-up and a convincing storyline: divorced but successful shrink, still involved with his attractive and intelligent ex-wife but foisted by his own ego – there’s no fool like an old fool –  throws it all away for a feckless and unsuitable younger woman and a lifestyle that doesn’t really ring true. The Great Beauty‘s Tony Servillo is far the best thing about this good-looking Jewish-themed comedy drama. He certainly raises a chuckle in the early scenes with his knowing glances and light-hearted disdain for most of his patients, and his wife who is agreeable and amusing. (Carnelutti in fine form). But after he meets the feisty fitness trainer Claudia (Echegui), the narrative becomes more ludicrous and far-fetched with some slapstick situational comedy that grows irritating because the initial laughs are based on a convincing scenario, whereas the later scenes are not. Amato has lost his own plot. MT

SCREENING DURING THE UKJFF | NATIONWIDE | 7 NOVEMBER UNTIL 27 NOVEMBER 2017