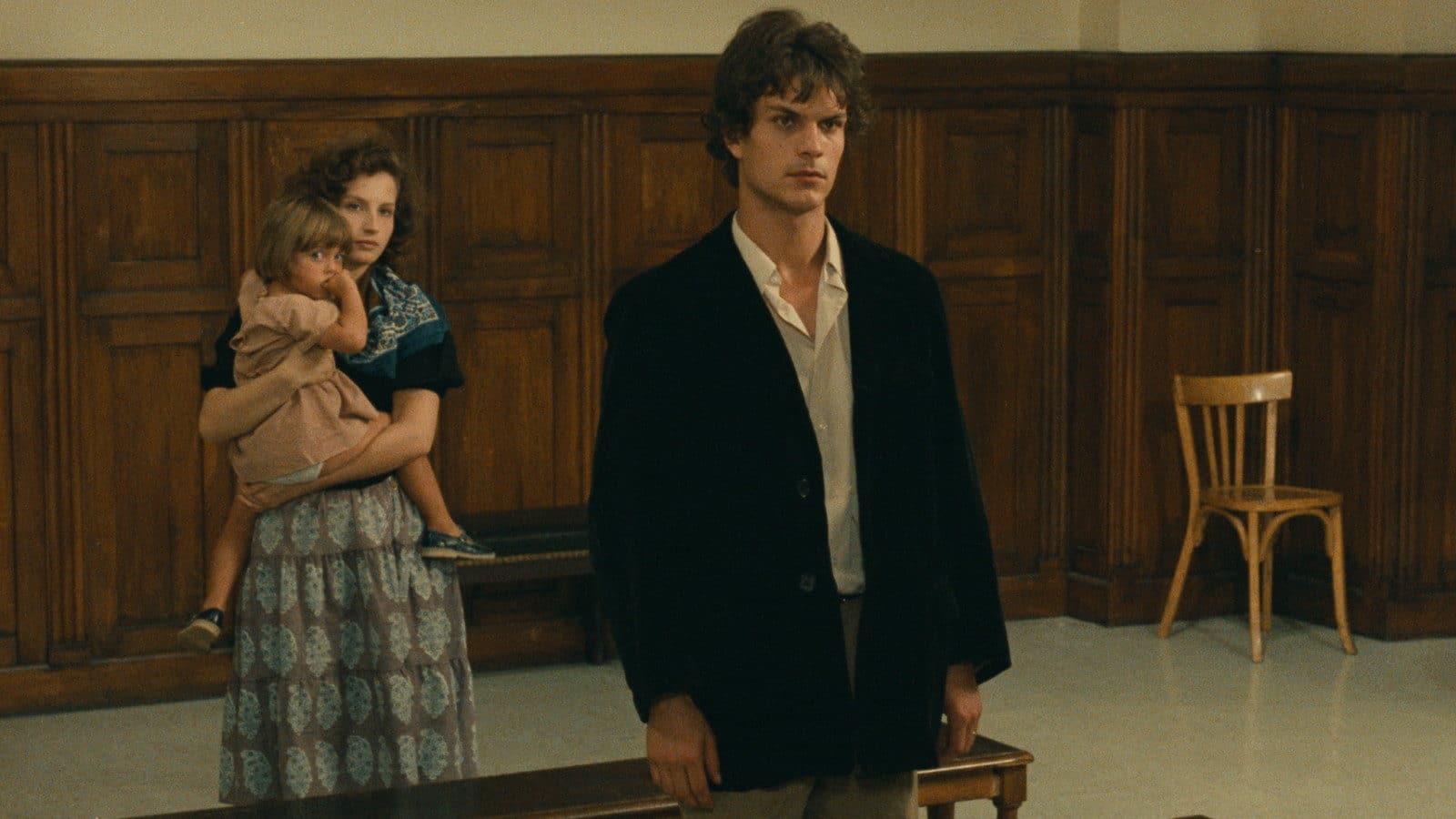 L’ARGENT would be Robert Bresson’s final feature, he was eighty-two years old but would live for another sixteen. Winning the Best Director’s Award at Cannes in 1983 was well-deserved and a suitable valediction for the aloof, enigmatic non-commercial filmmaker whose work always defied classification.

L’Argent is based on Leo Tolstoi’s last novella The Forged Coupon, and once again Bresson cast non-professional actors to shift the focus onto his rigorous style. In possibly the most unsympathetic of all his features, the simple plot centres on a forged banknote. Young student Nobert (Forneau) hands the 500 franc bill to the owners of a photographic shop (Tabourine/Baussy), who pass it on to the delivery driver Yvon Targe (Patey).

Yvon vaguely suspects the note may be a counterfeit, but passes it off in a cafe. At the same time the photographer instructs his assistant Lucien (Risterucci) to muddy the waters, and Norbert’s mother also makes use of money to get her son acquitted in court. Yvon too is exonerated in a legal battle, but loses his job. To feed the family, he drives a get-away car for a bank robbery, is caught and spends three years in prison where he meets Lucien. Yvon blames Lucien for his misfortune, embittered at the death of his daughter. And on his release from prison Yvon goes on a killing spree.

Bresson and his DoPs Pasqualino De Santis and Emmanuel Machuel avoid close-ups and tracking shots; the camera is mostly static, the medium shots often feature cropped heads and feet or the backs of the protagonists. Bresson refuses to show his character’s facial expressions, even in the final showdown, all violence happens off-camera. The focus is on hands or nearby objects. Jean-Francois Naudon’s elliptical editing lets the the narrative flow. Rather like Rohmer, no frame is wasted, editing takes place during the shoot.

Bresson’s formal rigidity required him to have complete control over his actors, he often used his wife and former assistant Madeleine van der Mersch to convey his ‘instructions’: The characters are simply there to serve the premise, that money has destroyed their identity, as they are eaten up by their greed. The narrative plays out with the inevitability a Dreiser novel, Bresson leaves no room for his characters to escape. The result is so full of elegantly constructed subtleties it demands more than one viewing. AS