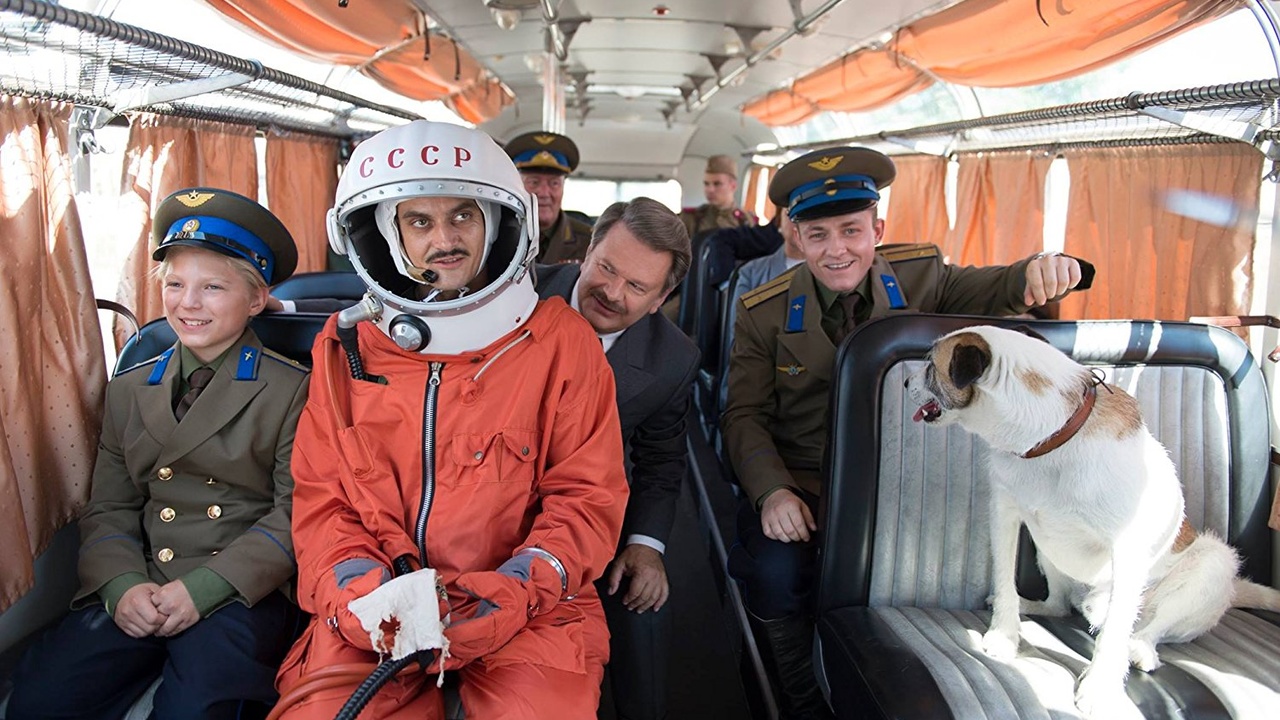 Director/co-writer Balazs Lengyel shows no fear: his satire about the first man is Space – of course, a Hungarian, not Gagarin, as claimed by the Soviets – is a relentless attack on Stalinism, but the re-write of history is always funny, even if not always done in the best taste.

Young Lajko, a gypsy growing up in the Hungarian country site, has always been interested in Space travel. Unfortunately, one of his first attempts sends his Mum into space, together with the outdoor toilet. As a young man Lajko (Keresztes) has designed a moored balloon to take him into the stratosphere – but he ignores the Hungarian Uprising of 1956 and is shot down by the Red Army. He is the victim of waterboarding, but his torturer has shot through too much money over the previous year, and is put in prison. Lajko can count on the help of his father Florian (Pallfy) and uncle Jeno (Gyabronka), the latter a party functionary. The three are sent to Baku, where the Soviet Space programme is being developed. Lajko has to compete with a Mongolian monk, a Baltic counter-revolutionary and Helga Mengele (Boger) to be the first one in Space. Helga is very upset, that “the good name of her father is by now forgotten”, even though he created ten different prototypes of an Aryan super-woman – of which she is the only survivor. When Brezhnev (Benink) arrives at the Space station, Florian steals his ring, and Jeno falls in love with the Soviet leader, admitting that he is gay for the first time. Lajko finally wins the race to be the first man in Space; meeting his mother there in the process. Needless to say, the beastly Russians put Lajko, Florian and Helga in a work camp (so that Gagarin can claim to be the winner), and poor uncle Jeno is shot dead, having just come to terms with being gay.

This is a romp, sometimes crude, but always enjoyable. DoPGyorgy Reder is very inventive, using different formats for the historical scenes, sometimes speeding up the tempo, like in silent movies. It is obvious that everyone had fun shooting this feature, and Lengyel always manages to keep the careering plot on the road. AS