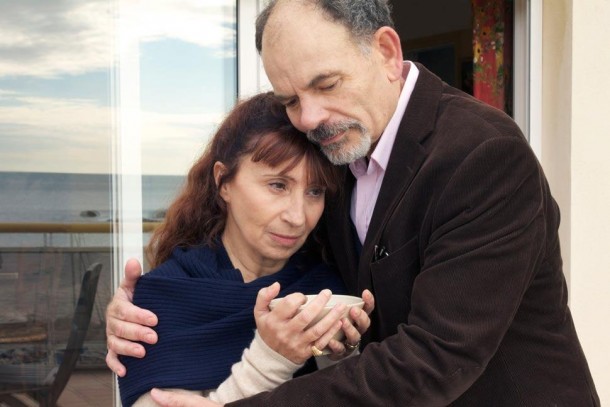 Robert Guediguian offers a paean to Provence in the 1970s when three siblings: famous actress Angèle (Ascaride), Armand (Meylan) and Joseph (Daroussin) all hark back to a jeunesse dorée at their father’s seaside villa, he has since suffered a debilitating stroke.

Armand is possibly the most stable of the trio. He has been running the local restaurant for the past two decades. Joseph pines for the good old days of the PCF, which makes him morose and depressed. The film plays out very much in line with a Checkov play where the past must be resolved before life can go on. Joseph too must face the music; his dance with a much younger fiancée Bérangère (Demoustier) must come to an end. Angèle is still mourning the drowning of her only child, and has fallen for a younger fisherman Benjamin (Stevenin), a fan of her stage appearances since he was a teenager. Neighbour Yvan is the only one in a ‘good place’ emotionally – the young doctor is in town to visit his elderly parents. Late catalysts to the party are Yvan’s parents and the appearance of three child refugees.

Director and co-writer Guediguian marks his 19th collaboration with his wife Ariane Ascaride, staying on familiar ground: he gently sketches out the older characters’ longing for the past, and the contemporary fast lane that young ones like Bérangère and Yvan cling to: for them decisions about the future are easy because they have one. Benjamin is somewhere in the middle – he is a romantic dreamer, who yearns for a life shaped on the past. Property speculators circle the coast line like vultures, Joseph cannot even put his memoirs in order. The three siblings are keen to keep the place and the restaurant open, they have to admit that nearly all their old neighbours has cashed in on the property boom. The refugee children at least provide Angèle with a sort of closure.

The ensemble acting is reliable, and DoP Pierre Milon (The Class) is kept busy, panning and tracking the hilly countryside, nature being the only stable element among the coming and going of humans who, with few exceptions, don’t appreciate the beauty of the stunning landscape. AS

Robert Guédiguian was born in Marseille. Many of his early films, including À la via, à la mort (95) and La Ville est tranquille(00), screened in the Director’s Spotlight programme at the 2002 Festival, and he returned to TIFF with his subsequent features Mon père est ingénieur (04), Le Voyage en Arménie(06), and Neiges du Kilimandjaro (11). Other credits include Le promeneur du champ de Mars (05), L’armée du crime (09), and Une histoire de fou (15). La Villa (17) is his latest film. AS