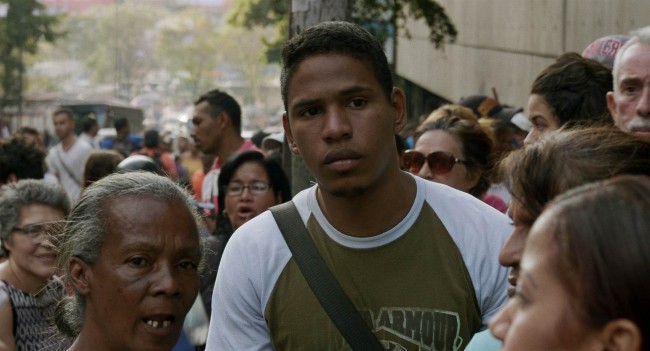 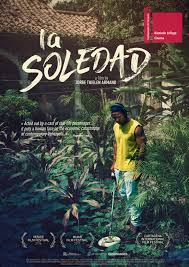 A crumbling old villa in contemporary Caracas is haunted by seething resentment from occupying former retainers providing a fitting metaphor for Venezuela’s current economic crisis. Jorge Thielen Armand’s poetic paean to his grandparents home is a mournful one full of exotic birdsong, plants peeping through cracks in the walls and old photo albums covered in the dust. Cine footage shows the filmmaker playing in the gardens of La Soledad back in the 1960s, now only memories remain as ghosts of the past. A plan to restore the villa has been abandoned leaving handyman Jose and his 72-year-old mother Rosina (a former housekeeper), wife and daughter homeless as the economic situation worsens each day. Jose combs the streets for his mother’s medication and even food is hard to come as the empty shop shelves testify.

Amand avoids bombastic statements about his country’s woes preferring this softly softly approach. The cinema verite drama remains tethered to the local neighbourhood making no attempt to broaden its view of Venezuela’s political woes beyond the concerns of the poorest people here in Caracas. And although Amand is respectful and sympathetic towards the current occupants, it soon emerges that only Rosina has a right to live in the property. Her family – as she points out herself- should really only be there on a temporary basis. But Jose’s only hope of work is re-building the villa whose history dates back to a time when valuable coins were purportedly buried in parts of the building. He taps the peeling walls and hires a metal detector in the hope of making a quick buck. Some of his friends are considering kidnapping as a way to raise funds; others are leaving to look for work in Colombia and Ecuador, including his wife. But like a Venezuelan Mr Micawber, Jose has no desire to move on preferring to stay put in the hope that his boss and co-worker Jorge will offer him a future. But even bosses have to move on when crisis is the order of the day. MT

FREE ONLINE | THIS WEEKEND ONLY