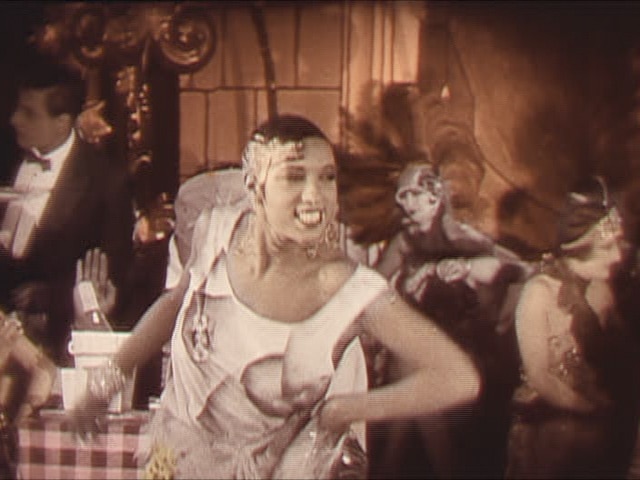 St Louis-born and Harlem-raised Paris music hall star Josephine Baker was the highest paid entertainer of her day and has now made history as the first Black woman to enter France’s hallowed Pantheon, courtesy of President Macron. In Cannes she also has a special marine walkway dedicated to her memory.

The grotesquely inappropriate musical accompaniment by Taranta-Bubu, the emphasis of the plot on foot fetishism and Baker’s contributions to this silent drama have been discussed at length by many critics, but here are a few brief words on the other production numbers which comprise about three quarters of the film.

They nearly all suffer from being extremely unimaginatively photographed from the point of view of a theatre audience, the choreography generally seems to consist of the performers simply marching laterally back and forth across a rather crowded stage displaying a variety of almost comically elaborate (and generally disappointingly unscanty) costumes and even more comically elaborate hats – the rather Edwardian nature of the costumes emphasised by the number of production numbers staged in period costume (usually 18th Century).

Aside from the two Josephine Baker numbers, the three other routines with a contemporary ambiance appropriate to the 1920s were: ‘Les Poissons d’Avril’ with Erna Carise briefly displaying herself slinkily attired as a snake; ‘Le Temple Egyptien’, its Ancient Egyptian setting ironically inspiring a faintly avant garde sequence that would have gone well with Stravinsky rather than the caterwauling by Taranta-Bubu that all the other reviewers have complained about; and finally Lila Nikolska, performing in an understated little tassled tutu flanked by a much smaller chorus in less fussy costumes and on a far less fussily decorated stage than anything that has preceded it, and all the more effective for it. @Richard Chatten

AVAILABLE ON THE CRITERION CHANNEL |