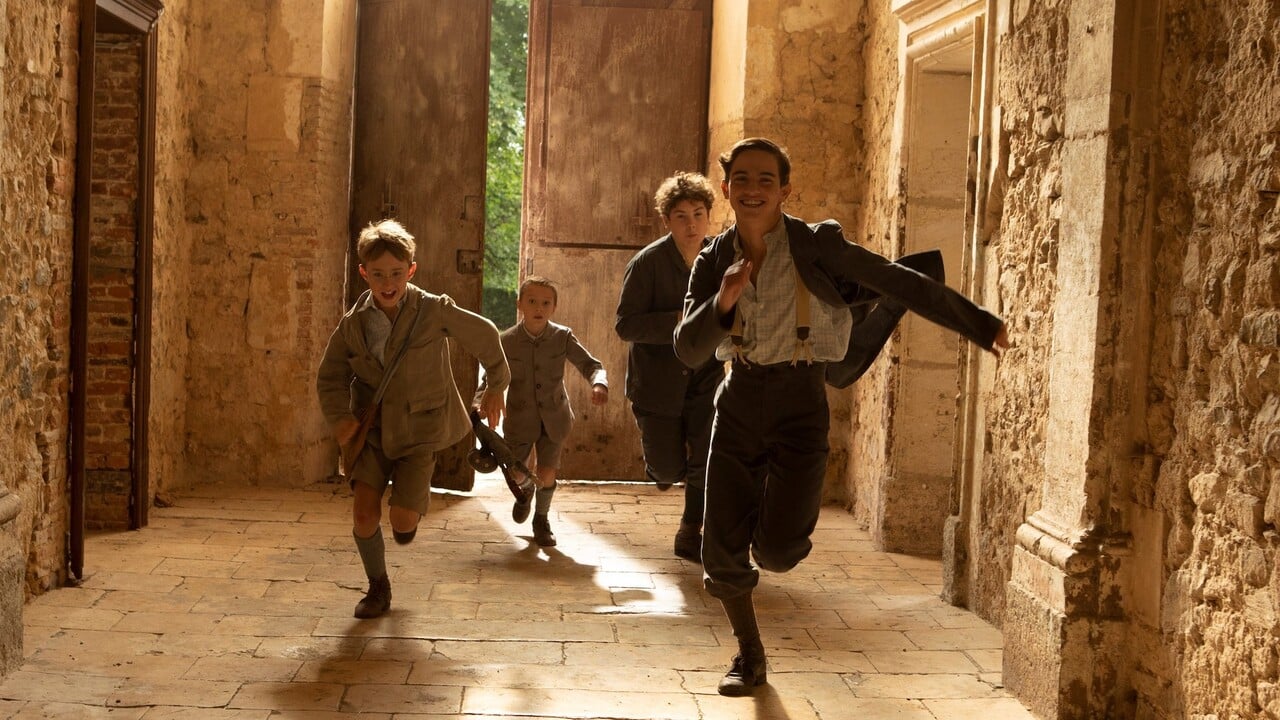 Four kids embark on a boys’ own adventure in this upbeat coming-of-age drama that sees them evacuated to a religious school in Picardie at outbreak of the First World War.

During the time away from their parents the boys, of varying ages, will meet with a series of brief but challenging encounters that will make real men of them, when the time comes. French president Emmanuel Macron is now considering re-introducing compulsory military service, and this film seems to reflect its benefits, especially for young men.

In Yann Samuell’s well-paced drama, Ludwig (Fauquet) is a timid intellectual and an avid reader of Jules Verne’s novels – especially the one his mother left him with as a parting gift. He soon gets the support of Francois Damiens, in a serious role as the Abbot, and a schoolmaster (Lutz) who is then forced to leave for the front. Lucas (Castaing) is hardly out of nappies when he finds himself far away from home. Luigi (Gros) is the strongest boy, and pre-teen Lucien (Loup Picard) will soon discover the tender pleasures of first love when Luce (Labeaut) appears on the scene, as the only girl.

Isabelle Carre plays a feisty farmer’s wife who gradually takes on the role of the boy’s matron before she too faces tragedy. The scenes in her cosy farmhouse glow like a painting by Arthur Rackham, deep in the lush countryside where the war is never far away. The enemy forces are gaining ground, and one day the school building is bombed, nearly get killing them all. The advancing German troops are soon seen off by the farmer’s wife.

Escaping the village, the boys run into a German soldier called Hans who has defected from the army and hopes to join his wife back home. Hans befriends the boys and teaches them German. But dark clouds soon loom when Hans (Schiltz) tries to take them all across the border to safety in Switzerland. Thrilling scenes see them in the thick of trench warfare during the First Battle of Picardie in September 1914. A chance meeting with a French officer called Moussa (Sylla) comes just at the right time, but not before more they are surrounded by another enemy onslaught.

Shot in studio Babelsberg with some stunning visuals, and driven forward by Mathieu Lamboley’s terrific original score. There are some extraordinary performances from a cast so young, particularly Didier Fauquet as Ludwig. La Guerre des Lulus, is a  wonderfully rousing film that navigates some dramatic highs and lows. Samuell shows how kids, unlike adults, can often often trust and connect across barriers, untainted by prejudice or dogma. And that some adults: here a teacher, a soldier, a mother, and a maverick, can really inspire young people to greatness by mentoring and supportive companionship. MT

NOW ON RELEASE IN FRANCE.