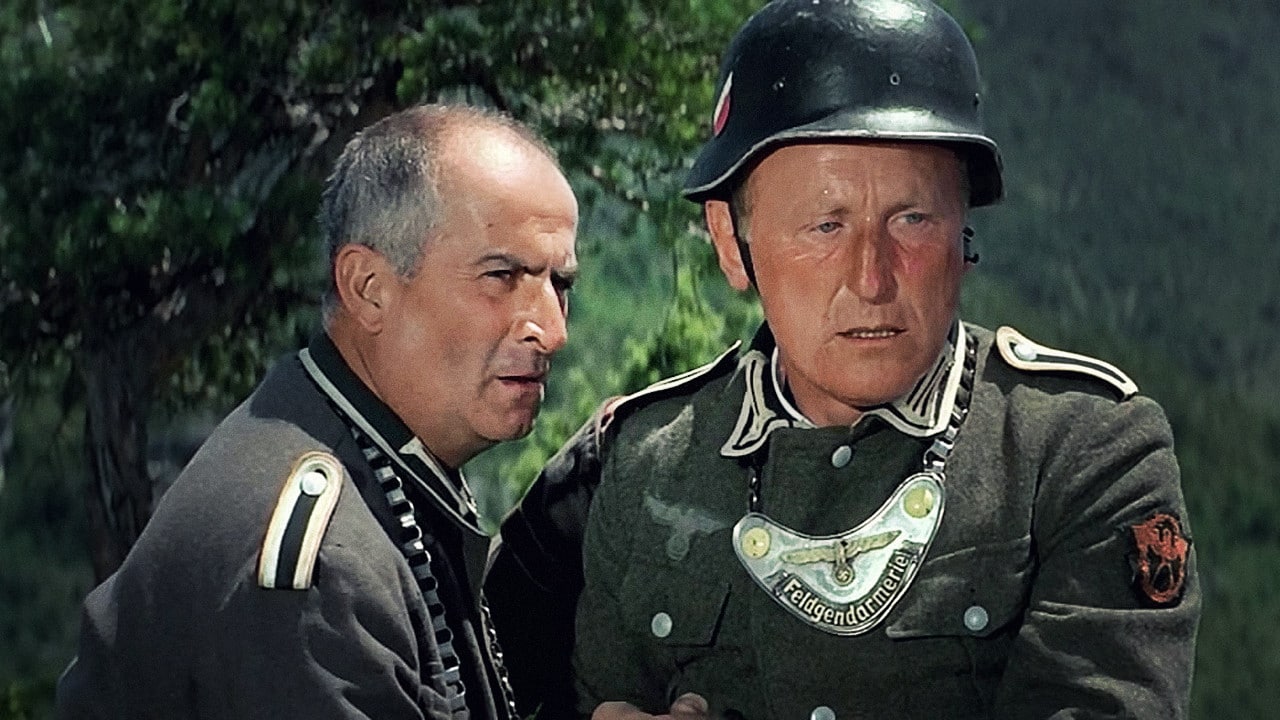 A colossal box office hit in France but largely unknown here in Britain, where it had a brief cinema release in1968 before soon fading from memory despite the presence of Terry-Thomas. Top-billing goes to Bourvil, who is appealing in the larger but less showy part than that of co-star Louis de Funès, whose mere presence is enough to get you grinning in anticipation.

Glossily shot in Eastmancolor on a variety of picturesque locations (including Paris) by the veteran cameraman Claude Renoir, the plush production and extraordinary running time of 132 minutes does get rather overwhelming when lavished upon some pretty basic slapstick; such as twice ruining SS officer Hans Meyer’s nice smart uniform by covering him in muck. Much of the film is pitched at that level, with people hiding in wardrobes and going into the wrong hotel rooms, although the sequence where Bourvil and de Funès approach an unsuspecting stranger they’ve confused with Terry-Thomas in a Turkish bath by sidling up to him and giving him the eye while wearing only towels and whistling ‘Tea for Two’ enters the realm of the authentically bizarre.

With over twenty years having passed since the Liberation, the film’s makers by now felt able to treat the Germans as figures of fun rather than enmity, and even go to the trouble to let us know that the pilot accidentally shot down by a cross-eyed gunner on their own side parachutes to safety during the tremendous climax set on the border of the Free Zone; in which all the visual treats that have come before are far surpassed by a stunning sequence depicting two bright red gliders hurtling off a sheer cliff against the backdrop of a breathtakingly beautiful mountainscape. @Richard Chatten