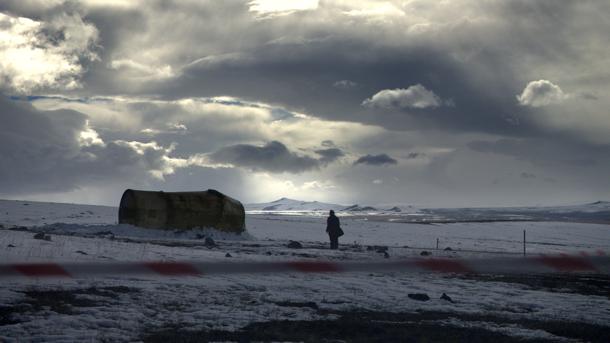 You may remember Reha Erdem’s Times and Winds, a bleak and beautiful portrait of three adolescents growing up in an Anatolian village.  His latest feature has the same poetic style and breathtaking cinematography shot on wide angle in a vast snowbound landscape.  It centres on a stranger whose unsettling arrival in a Turkish border town has a positive and negative impact on the locals.

Battal (Yermet Kesil) is no ordinary man. He could be a psychic with healing powers or an escapee from the local mental asylum.  After saving a drowning child Battal develops a weird unconsummated relationship with the boy’s mother Neptun (Turku Turan).  The locals welcome him as a saviour when he goes on to cure old an man. Later he suffers from compulsive kleptomania and develops a penchant for white sugar that sends him into a frenzied state of insomnia.  His healing powers are not altogether successful and eventually he falls foul of the local men suspicious of his motives and he disappears back into the bleak wasteland.

Sound and movement are the distinguishing features of this highly original feature.  Against the incessant swirling of ambient winds, a constant clamour erupts from the local garrison. Sonic booms, telegraphic buzzing, gun fire and dreadful sounds emanate from an abattoir.  Supernatural graphic images and time lapse sequences drive the narrative forward giving it an otherworldly feel accompanied by Battal’s philosophical insights.  At one point a flaming missile falls from the sky auguring doom but life goes on and the glowing embers slowly die down. 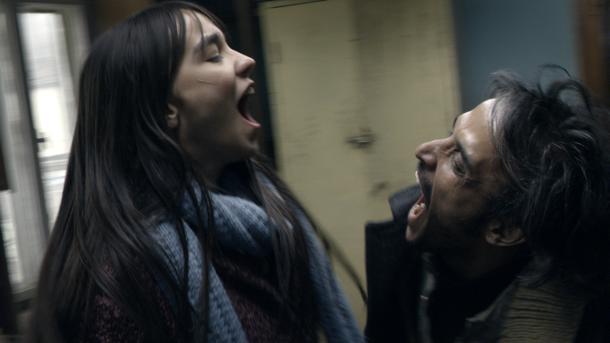 Kosmos is not an easy film to watch but it has a mesmerising rhythm that is both unsettling and hypnotic.  The resonating score by Silver Mount Zion echoes that of Snowtown.  Images of astounding beauty and extreme violence are both shocking and exhilarating.  This is an amazing cinematic experience.