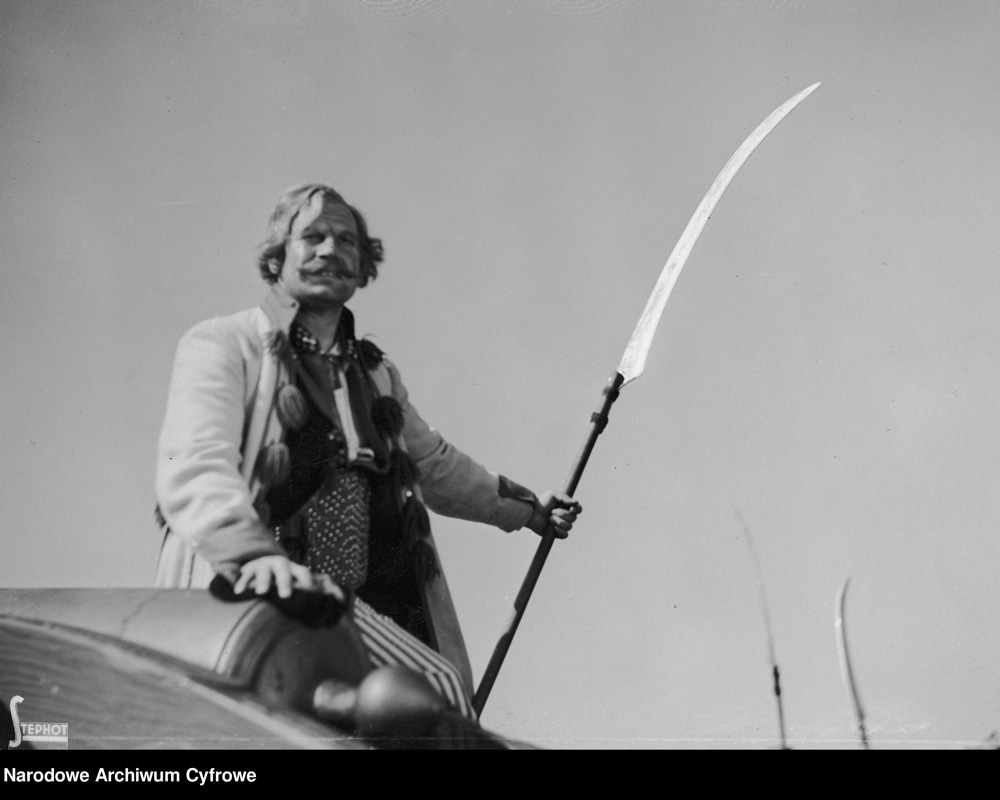 The victory of the Polish military leader Tadeusz Kościuszko (1746-1817) over Poland’s Russian occupiers at the Battle of Racławice on 4 April 1794 had already been the subject of a film in 1913. In the context of European geopolitics a quarter of a century later, such truculent sabre-rattling at their old adversary in the East seems an extraordinary exercise in wishful thinking, considering the imminent threat posed in the West by their other neighbour Germany.

Much of the film consists of actors in wigs beating their chests (sometimes literally) and loudly declaiming their intentions to stick it to the enemy; with comparisons drawn between Kościuszko’s uprising against the Russians in 1791 and that by George Washington in America fifteen years earlier. Although top-billed as Kościuszko, Tadeusz Białoszczyński actually gets far less screen time than Witold Zacharewicz (who died in Auschwitz in 1943) as a dashing young lieutenant whose interest in a comely young local lass played by Elżbieta Barszczewska results in them forming two corners of an extremely uninteresting romantic triangle that eats up footage throughout much of the first two thirds of the film, until finally the last twenty minutes of the film make way for a galumphing bargain basement recreation of Racławice. The rest – as they say – is history. @RichardChatten