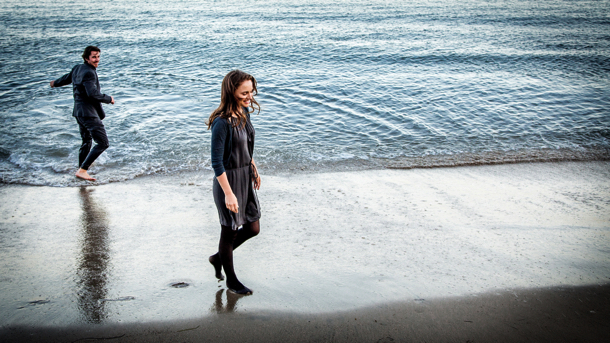 There is still a great deal to admire here in this saccharine series of simpering stories, largely thanks to Emmanuel Lubezki visual wizardry. But Malick’s style, which scratched the edges of mannerism in To The Wonder, has now broken fully into the confines of cliché in a drama whose intention is to evoke the tinseltown tedium of the Big City seen through the existential crisis and subsequent epiphany of its self-regarding central character, a writer, played by Christian Bale.

Terrence Malick succeeds in offering up another empty experience, ushered in by a pompous voiceover with John Gielgud reading from Bunyan’s Pilgrim’s Progress and leading to a similarly swirling set of images and thoughts that shaped To The Wonder. emanating from a Hallmark Greetings style storyboard, and ultimately feeling meaningless to the thrust of the narrative. LA’s beautiful people float and tease to a backdrop of glittering sunsets and show-house interiors. Lovers smooch and flirt as they dance into the sea, fully clothed, or run their fingers sensuously through the limpid waters of infinity swimming pools, in luxury locations.

Rick (Bale) is good-looking, narcissistic and – we are led to believe – successful, but his marriage to his medical director wife Nancy (a shimmering Cate Blanchett) has faltered, and so has his relationship with his father (Brian Dennehy) and brother (Wes Bentley). And the tragedy of his trashed apartment, turned over by robbers, is treated with the same dreamlike delicacy of touch as the moments where gorgeous girls trip lightly behind him in their filigree frocks. Despite this seemingly minor setback, Rick continues to caruse and cajole with his coy admirers in a series of glitzy hotels and parties, occasionally contemplating his life in the desolation of the desert or showing his spiritual side by consulting a Tarot reader for guidance.

According to Tarot legend, the Knight of Cups is a charmingly emotional youth who is willing to please, but naive as a puppy. And the problem with Rick is that, by the end of the story, rather than evolving into a real person, he still appears to have the emotional depth and integrity of a new born despite Malick’s desperate attempts to have us believe otherwise, by association with his folie de grandeur lifestyle and literary success. MT