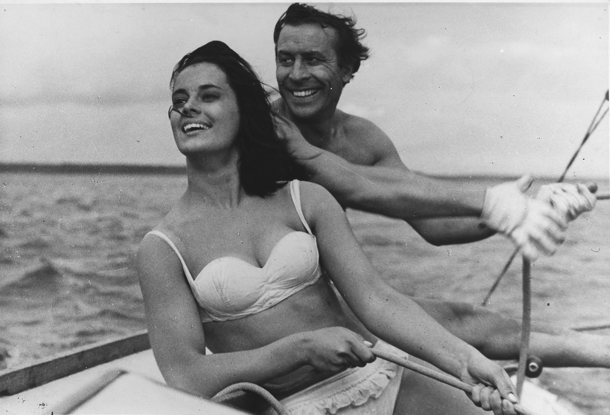 Roman Polanski’s first feature is one of the most psychologically-powered debuts on the 2oth Century. What makes it superlative is, without doubt, what also made Last Day of Summer so redolent of the Polish Film School (which had a brief heyday in the late fifties) its triumph of simplicity and quality. Polanski was a perfectionist and chose as his cinematographer, Jerzy Lipman. Most cineastes regard this as his best film although Polanski himself is believed to regard his later work Cul de Sac (1966) as his personal favourite. The drama is shot through with compelling scenes of psychological tension and even the weather joins in to express menace and moments of relief as dark clouds move in or clear to reveal calmer skies.

Zygmunt Malanowicz plays the student although Polanski voiced his dialogue, unsurprisingly we know whose part he would have chosen has he not been concentrating on directing. Using his usual two lenses, the camerawork avoids close-ups in this rigorous portrayal of masculine oneupmanship.

Scripting was a collaborative affair with colleagues Gerard Brach and Jakub Goldberg. Skolimowski’s dialogue between the three is verbose and loquacious, almost nervously so in parts to cover up for the undertones of machismo rippling just below the surface of this overtly polite social day on the lake. The performances from Leon Niemczyk and Jolanta Umecka are subtle reflecting the social etiquette of their upwardly mobile coupledom in contrast to the raffishness of the student from the other side of the tracks. Polanski would continue to make it his stock in trade to focus on the outsider or the underdog (The Tenant, The Pianist) or the unstable marriage (Cul de Sac, Bitter Moon, Carnage). The mounting tension is superbly reflected in a jazzy seductive score by Polanski’s regular composer, Krzysztof Komeda, whose life was to be tragically cut short, seven years later. And like most of Polanski’s films, KNIFE IN THE WATER avoids a happy ending. MT