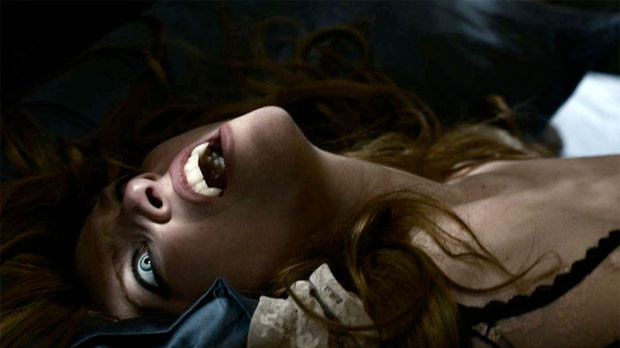 Meeting in a bookshop,  Djuna (Josephine de la Baume/One Day) and Paolo (Milo Ventimiglia/Rocky Balboa) become sexually drawn to one another although each time they kiss Djuna rejects his advances.  Asking for an explanation to her prick-teasing behaviour, Djuna admits that she’s allergic to sunlight and drinks the blood of animals: but Paolo still doesn’t get the message.  Chained to her bed, Djuna morphs into a fully-fledged vampire but Paolo still wants to make love and this time there’s no going back. 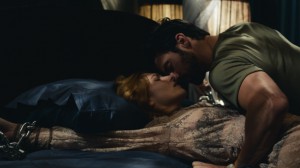 With its mesmerising soundtrack (sometimes soundly strangely like the theme-tune to Adam Adamant – and The Thomas Crown Affair and others using classics Chopin or percussively throbbing disco music, this is a darkly stylish, decadently erotic and scary affair whose narrative thrust is slightly tongue-in-cheek and based on what it feels like to become and live as a vampire and dealing with relationships both in and out of vampiredom, which is considered the exclusive territory of their own kind.  Mimi (Roxanne Mesquida), Djuna’s less neurotic but more outlandish sister, provides a provocative counterpoint to the couple’s romantic relationship and there is a delicious role for Anna Mouglalis/Chanel (as Xenia) which she inhabits with consummate allure, showcased during a vampire party.

Camerawork is lush and noirish, often spotlighting the main characters against a dark background, occasionally plunging them into semi-darkness and there is minimal use of special effects, favouring dream-like slow-mo sequences and colour washes to ramp up the tension and evoke the strange demi-monde of the blood-suckers. 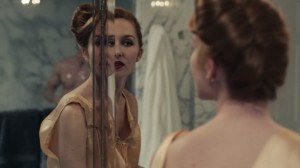 Kissed of the Damned is Xan Cassavetes impressive feature debut. Both a writer and director, she is the daughter of Paul Cassavetes (Husbands). MT