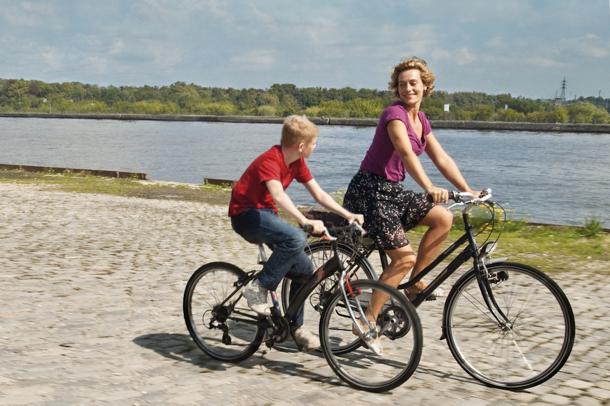 The Dardenne brothers began in documentaries and still retain much of that pared-down style in this little film with a big heart about a boy, his wayward father and the woman who saves his life.

Winner of the Grand Prix at Cannes last year, it’s a typical tale of family breakdown but told in such way that makes it good entertainment rather than downbeat doom.   First-timer Thomas Doret gives a natural performance as Cyril, a motherless boy who lives in a care home.  His father (Jeremie Renier) is a vapid character who has cleared off and works locally as a chef leaving him with just a bike.   The thing that strikes you most about all this is Cyril’s sheer perseverance in trying to find his father.  In some ways he emerges the stronger of the two, driving the action forward at such a frenetic pace that you can’t help feeling for him, unsentimental and unflinching in his bid to connect, brimming with self-righteous petulance.

Then local hairdresser Samantha (Cecile de France) appears on the scene and agrees to look after him at weekends.  This brings out the best in both of them much to the annoyance of her boyfriend (Fabrizio Rongione); it’s quite clear where her emotions lie.  The Kid with a Bike is a lovely story; well acted, simply told and beautifully filmed. 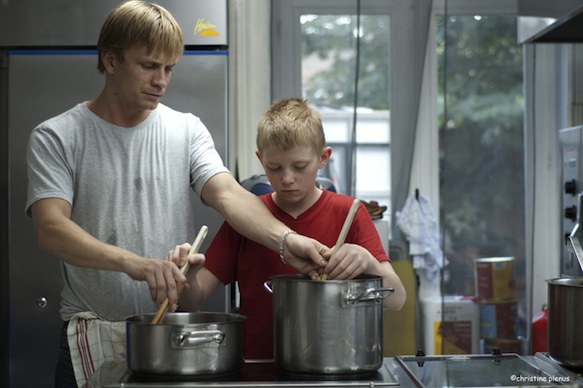