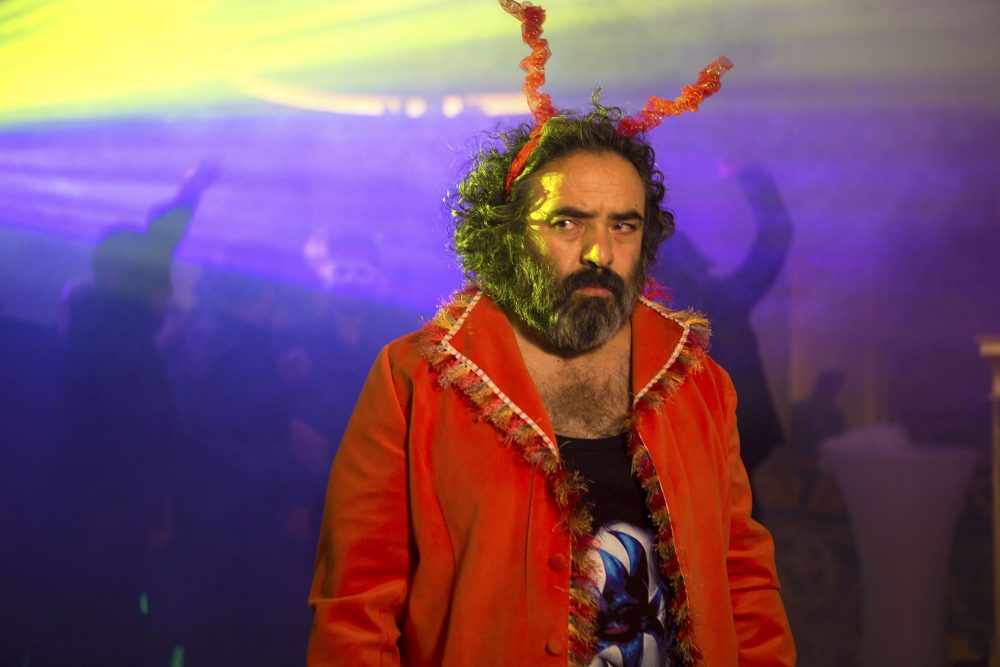 Narcissism is rife in the creative world and Iranian filmmaker Mani Haghighi (A Dragon Arrives) mines its funny side in this surreal screwball satire. The Pig’s Telenovela-ish style and garish visual aesthetic may not appeal to everyone, and some of the arcane humour may just go over Western viewers’ heads in sending up the Iranian middle classes who spend their days on the tennis court or channel their artistic energy into louche fancy dress parties (styled here by designer Negar Nemati’s in vibrant pinks and reds), hamstrung by the government’s strict censorship controls.

In downtown Tehran a serial killer is on the loose, but he doesn’t pick any old victim – the heads he decapitates belong to famous film directors, and black-listed helmer Hasan Kasmai (Hasan Majuni) is furious that he’s still alive, and despite his mother’s assurances that he deserves to die on account of his brilliance, Hasan remains petulant at being ignored especially as one of victims is Rakshan Bani-Etemad, who has championed women’s issues and bravely challenged the censorship code.

Haghigi’s political piece – which he also produced – sees Iran as a matriarchal society where men are adored and cosseted, particularly by their mothers and wives, who have the last word. Hasan is really just a grouchy Grufalo whose bedroom is cluttered with rock posters and man toys and whose affair with Shiva (a gently humorous Leila Hatami) is doomed to fail due his inactivity film-wise. Despite its flaws and rather unsatisfactory ending, The Pig is a brave attempt to send up Iranian politics and poke affectionate fun at ego-driven artists without offending. It will either win your heart or do you head in. MT