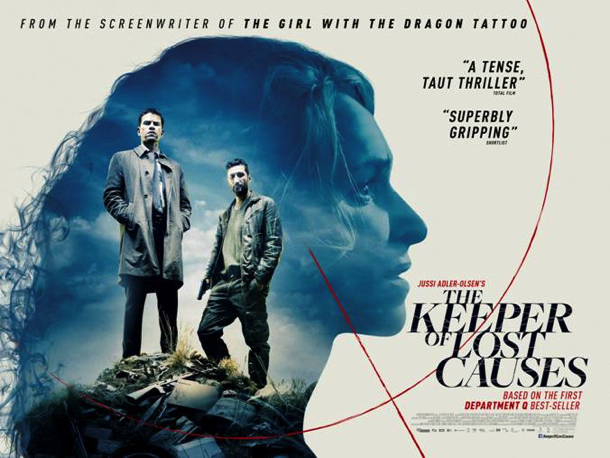 Nikolaj Lie Kaas takes the leading role as a truculent Danish cop who re-opens the case of a female local councillor who allegedly committed suicide in this slick and gripping Nordic Noir outing based on a bestselling novel, and adapted here by award-winner scribe Nikolaj Arcel (A Royal Affair, The Girl with the Dragon Tattoo).

Well-cast as Inspector Carl Morck,  the central character of Jussi Adler-Olson’s Department Q books, Lie Kaas is suitably taciturn and withdrawn as a man who’s failed at marriage and is also recovering from the trauma of being shot during a bungled investigation in which one colleague was killed, the other paralysed. Re-assigned to Dept Q, where unsolved cases are re-examined, he gets an assistant in the shape of  Assad (Fares Fares – Zero Dark Thirty).

Although the pair don’t automatically hit it off, his attention is immediately absorbed by the cold case of the appealing figure of Merete (Sonja Richter) who apparently drowned while on board a ferry with her brain-damaged brother Uffe (Mikkel Boe Folsgaard) who won best actor in A Royal Affair, and here again shines out in a skilful portrait of mental illness.  Told in parallel narrative, the detectives start the investigation as Merete’s real story unfolds while suspense is cleverly maintained with vital clues withheld, continually keeping us guessing.  It emerges that Merete was mysteriously kidnapped on board and held prisoner in a pressure tank while enduring gruesome torture.

Meanwhile, Kaas is suffering from depression over his broken marriage and enduring his stepson’s loud sex-life in the next door bedroom but remains stoic throughout in a dynamite performance as Mr Angry from Copenhagen. The film looks magnificent with widescreen cinematography courtesy of Eric Kress with its use of chiaroscuro combined with occasional inventive touches of chromatic brilliance during the scenes in the pressure tank.  Although the climax drifts into clichéd-ground, this is an edgy and immersive drama. MT