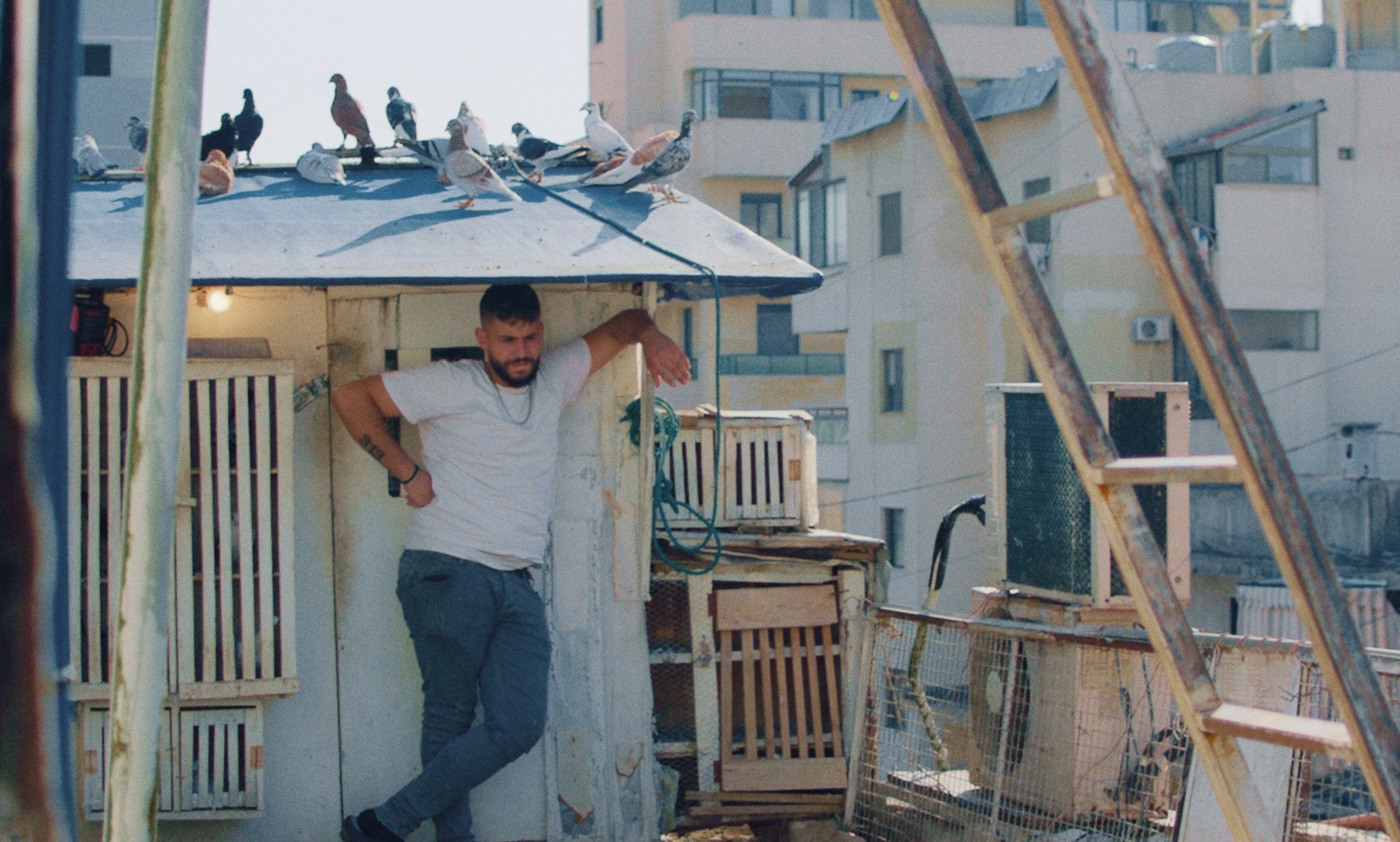 Against the backcloth of their chaotic capital Beirut’s pigeon fanciers play the cruel sport of Kash Hamam. The object is to lure other players’ flocks into your own pigeon loft high above the capital. Catching a pigeon entitles you to butcher its wings with scissors, or feed it to the cats: “Because at the end of the day, it’s just animals, just birds”.

Lea Najjar’s lyrical impressionistic feature debut soars above Beirut’s skies to tell the story of a melancholic city and its beleaguered inhabitants still suffering shortages in public services and economic collapse for the past eighty years. But one thing Beirutis can control and master is the pigeon population, and they do so with the same cruelty they complain of receiving from the country’s ‘ruling classes’.

Radwan, a local barbar, has been raising pigeons since he was nine. Despite the rising price of grain he will still go on feeding and tending his birds from chicks, and throwing clementines at them to make stronger flyers, or even cracking whips and slings to scare them into flight from his loft. Kash Haman is a competitive sport but the camaraderie between the men is strong and supportive. In Syria (where the sport is banned because it is considered a form of gambling) the men claim the ‘Kashash’ are  prepared to kill over their feathered friends.

But behind the camaraderie lies a city in disarray. And the problem is the politicians “who pull the blanket to cover only themselves”, according to one fisherman as he navigates the city’s majestic shoreline under a skyscape of stratospheric apartment buildings and cavernous rocks. “If you go to other countries, everyone holds one flag. Here, every sect and party has their own flag”. His sons should be studying at their university but instead they are helping out with the catch. “Our Government does not take care of them” he claims.

Meanwhile Radwan’s little niece begs him to teach her the masculine art of Kash Hamam, but Radwan refuses: “you should be reading, or something”. Meanwhile his Armenian client at the barbar shop is pessimistic about the future of Lebanon. “No matter how much rouge and perfume an old woman wears, she’ll never be young again. Your country is old”. So Najjar doesn’t reach any enlightening conclusions in her film despite its beguiling beauty: the eternal conflict between rich and poor, politician and worker rages on as it ever did in another sad but stunning snapshot of the Middle East. MT