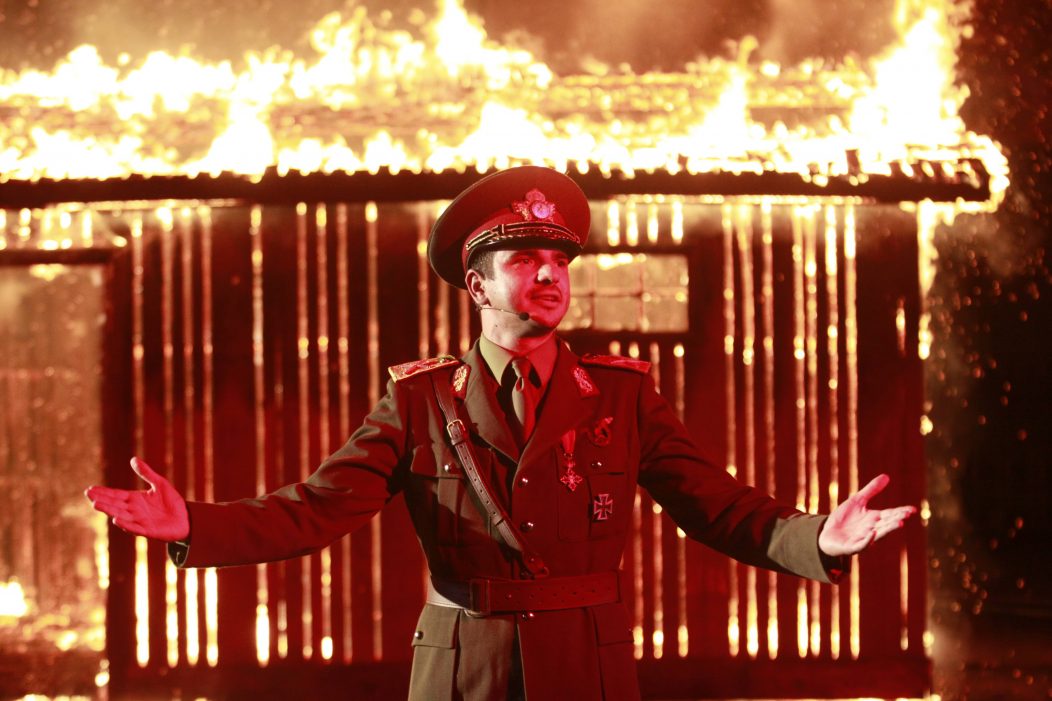 New films from RADU JUDE, ANA KATZ and SÉBASTIEN PILOTE headline the main competition at the 53rd edition of the Czech Republic’s premier festival that unspools in the spa town of Karlovy Vary from 29 June until 7 July 2018.

The ten world and two international premieres in this year’s official competition include Jude’s follow-up to his sombre genocide documentary Dead Nation (2107). I Do Not Care If We Go Down In History As Barbarians is another exploration of the timely topic of national identity and culture. Argentinian filmmaker Ana Katz’s will present her bittersweet family drama  Sueño Florianópolis. The Fireflies Are Gone, is the story of a rebellious yet charismatic teenager, directed by Canadian filmmaker Sébastien Pilote. The line-up also features Russian filmmaker Ivan Tverdovsky’s poetic new film Jumpman and Peter Brunner’s dark Austrian-American drama To the Night, starring Caleb Landry Jones, while Israeli director Joseph Madmony will be at KVIFF with a subtly moving drama Redemption, that explores a fathers fight to save his daughter and his own musical dream. co-directed by cinematographer Boaz Y. Yako

The  East of the West competition strand  features the latest from Eastern Europe, the Middle East and Central Asia — and opens with Crystal Swan, a debut from Belarusian filmmaker Darya Zhuk in a selection from 12 female directors, including Iranian director Nima Eghlima’s social drama Amir and Elizaveta Stishova’s touching family drama Suleiman Mountain, that debuted at last year’s PYIFF.

In the Documentary strand, there is Putin’s Witness an exciting look behind the Kremlin’s Iron Curtain exposing new archive footage, from exiled Russian director Vitaly Mansky, Bridges of Time, a poetic essay from Lithuanian directors Kristine Briede and Audrius Stonys and filmmaker Marouan Omara explores the abandoned luxury Egyptian resort Sharm El Sheikh: Dream Away. Meanwhile, Andrew Bujalski’s Support the Girls,  looks at the  American middle class during a day in a traditional U.S. sports bar and plays out of competition. 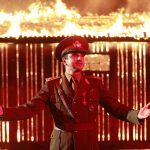 Radu Jude’s follow up to his sombre study of wartime genocide (Dead Nation) is a more upbeat but potent feature that follows a young Romanian artist’s meticulous plans to reconstruct an historical event from 1941, when the Romanian Army carried out ethnic cleansing on the Eastern Front. 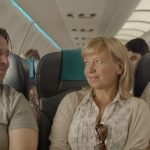 Paweł Maślona’s debut is a dark comedy that looks at the cinematic potential of the emotional phenomenon known as the ‘panic attack’ seen through the experiences of a group of Poles in contemporary Warsaw.

The sleepy town where Léo lives is a dead end, as far as her hopes and dreams are concerned. but happiness and self realisation beckons once she escapes her mother’s influence in this stylistically precise, pop-impressionistic film about a girl’s quest to find out who she really is. Featuring the captivating performance by Karelle Tremblay. 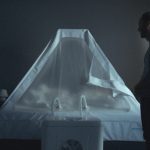 Adam Sedlák’s claustrophobic black and white drama explores our desire to succeed both professionally and personally in this grim domestic portrait of a top national cyclist and obsessional bicycle racer. 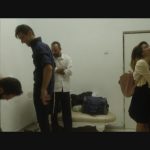 A deeply religious Jewish widower combines his love of music with his desperate bid to save his daughter in this gently moving drama from Israeli duo, Madmony and Yaakov. 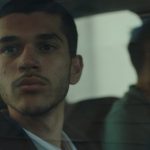 Directed with an assured hand, this intimate debut explores guilt and punishment in a close family set-up, showing how difficult it is to choose between moral rectitude, family, and tradition.

Shy girl Miriam is excited about her 15th birthday and wants to invite her online boyfriend to the celebrations, but the anticipated blind date only complicates things in this delicately drawn teenage portrait of growing up, competitiveness, and confusion. 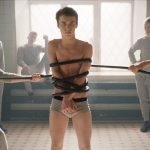 Young Oksana put Denis in an orphanage, unable to cope with a new baby, but sixteen years later she wants to make amends for her neglect in Ivan Tverdovskiy’s follow-up to his stunning drama Zoology. 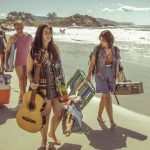 Lucrecia, Pedro, and their teenage kids Julian and Florencia set out from Buenos Aires one sweltering day to the Brazilian summer resort of Florianópolis. Renowned Argentinian director Ana Katz draws upon gentle humor and light melancholy to relate a tale of first love, past lovers, fateful encounters, and fleeting joys. 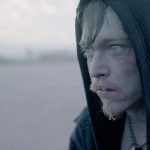 As a child Norman survived a fire that killed the rest of his family. Married with a child, he is still struggling with the resulting trauma, in this atmospheric and visually spectacular study of troubled adulthood, portrayed impressively by Caleb Landry Jones. 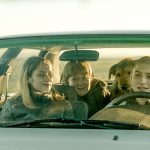 Capturing the mischievous essence of boyhood, this Slovenian bromance sees two eccentric souls Mára and Heduš set out into the frozen wastes in search of adventure. 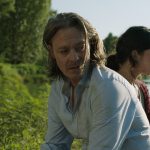 In her freewheeling and gently poetic third feature, Sonja Prosenc explores family ties and bereavement through the story of  seventeen-year-old Ivan.

Erffa examines why her brother entered a conservative Roman Catholic order, severing all ties with the outside world in this fresh, inquiring documentary that works both as a self-healing document and a study of family estrangement.

After every scorching day in the Chilean Atacama desert of Atacama the night sky reveals an enigmatic gateway to the universe in this powerful cinematic experience brought to us by Canadian director Alison McAlpine (Second Sight). 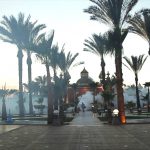 Sharm El Sheikh offered a paradise of golden beaches and coral gardens. But the Arab Spring and the confusion of the post revolutionary period robbed both the local workers and holiday makers of this exotic playground in the southern tip of the Sinai Peninsula. The film offers a melancholy portrait of the resort’s dwindling employees who feverishly dream among the abandoned hotel suites.

In the Stillness of Sounds | Stéphane Manchematin, Serge Steyer | France | 90′

Marc Namblard, looks at the sedative effects of sound in this observational discourse on the tranquillity of the forest that permeates the very heart of man. 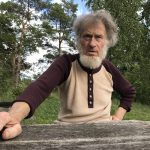 Kristīne Briede and Audrius Stonys’s meditative documentary essay portrays the less- remembered generation of cinema poets of the Baltic New Wave. With finesse, they push beyond the barriers of the common historiographic investigation to offer a consummate poetic treatment of the ontology of documentary creation.

An isolated Buddhist monastery in southern Nepal not only provides refuge for monks, but also for orphans up to the age of sixteen. Far removed from civilisation, the boys learn about strict discipline and order yet, like all children, they hanker after adventure. An observational documentary which captures both the routine of the passing days and the vagaries of boyhood.

A carefully composed observation of two newsrooms which, in March 2017, tried to cover the Czech president’s decision whether or not to run for re-election. Two teams of reporters, one extraordinary event, and two takes on one“objective” piece of news. 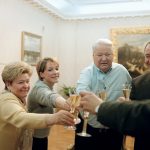 On December 31, 1999 Vladimir Putin became president of Russia and renowned documentarist Vitaly Mansky draws on witness accounts of the aftermath. He then rounds it off with his own fascinating perspective and longtime experience of a man only separated by a movie camera from the frontline of Russian politics.

Viviane and Antoine have lived together for 65 years, and while she still has her strength, he has long been bedridden. And so no one is able or has any desire to tell the weakened old man the distressing news that his beloved daughter has suddenly died. Indeed, the grief might cause his own death… A heavy, lyrical portrait tempered by familial love.

A shock therapy of news coverage from the front line. Documentarist Jana Andert spent eight months with an elite Iraqi Army unit in the battle for Mosul, occupied by Islamic State fighters from 2014 to June 2017. An unflinching report from a city in ruins, robbed of its soul by one of the worst catastrophes of modern times.

Gentle birdsong filters through dense forest vegetation only to be drowned out by the sudden roar of chainsaws. Thus begins a documentary comprising a mere thirteen 360° panning shots, whose uncompromising formal concept is not an easy watch. But as soon as we align our breathing with the slow rhythm of the shots, we can witness the paradoxical migration of wood from Austrian forests to a secret, far-off destination.

The summer season at a recreation centre near Paris is in full swing, so there is no shortage of amusing interludes at the crowded swimming pool. A glimpse into the mindset of the visitors and employees of the extensive park – original French natives and immigrants who come here to relax, for want of a  more exotic holiday destination.

EAST OF THE WEST – COMPETITION

This year’s East of the West competition opens with Darya Zhuk’s spirited debut drama set in post Soviet Minsk where a young woman with a law degree dreams of going to the USA to work as a DJ.

Anka is becoming extremely anxious about her war correspondent husband Witek, but where do you draw the line between reality and vivid imagination? An evocative psychological drama adapted from the autobiographical novel by Grażyna Jagielska about experiencing war second-hand: we don’t have to be there for it to have a destructive influence on our lives.

Now in his thirties, Amir is beleaguered by other peoples’ problems, while he tries to keep his own family together. Amir is a timely film about contemporary Iran, about a generation whose private lives are determined more by the rules of society than by their own will.

A family decides to sell a lovely cottage as none of them has visited it for some time, so they all decide to spend one last day there before the end. This slow-burning comedy is a riff on nostalgia with echoes of a Jaroslav Papoušek screenplay, and takes an agreeably detached view of the Czech phenomenon of weekending in the country.

This amusing and mature debut explores how explores how a young woman eventually takes control of her life despite her overbearing family.

Under the watchful eye of Aleksandr Sokurov comes another searingly vivid and visually remarkable debut with profound humanistic appeal. Set in a stark landscape, the intense conflict of a family of lumberjacks comes to a head when the youngest returns to take the place of his sick father.

Lithuanian director Giedrė Beinoriūtė brings us a taut psychological drama debut adapted from the award-winning novel of the same name that sees a well-to-do family under pressure when they adopt a withdrawn little boy from the local orphanage.

Elpida is trapped in a loveless marriage to a heartless, despotic man, and to make matters worse, she’s also going through the menopause. Emotional and physical changes affect her perception of reality in this formally mature, muted psychological drama that confront the issues surrounding the position of women in a patriarchal society.

Drama and comedy collide in this vivid Kyrgyzstani road movie that sees a couple haunted by ghosts of the past who come back to stay, possibly for good.

Julia and Piotr and his mother decide on an alternative holiday| a trip across the Balkans, to a refugee camp on the Macedonian-Greek border. Student Academy Award holder Klara Kochańska makes her debut with this intimate, cinema verite road movie characterised by subtle performances.

An punky, brash road movie about young lovers on the run, interwoven with poetic and realistic images. Psychotic Bianka kidnaps a child and dupes the trusting Laci into thinking that it’s his. Together they form an instant family who set off in a caravan, fleeing the law and a bunch of crooks.

One day Lukas, employed as an interpreter for an OSCE mission, becomes lost in the middle of the steppe in southern Ukraine. His journey towards self-recognition andhappiness will be flanked by a series of strange encounters and bizarre situations…Roman Bondarchuk’s novel feature debut is a tragicomedy whose striking visuals aidhim in fleshing out the colorful world of southern Ukraine, a place which still bears unmistakable traces of the distant and not-too-distant past.