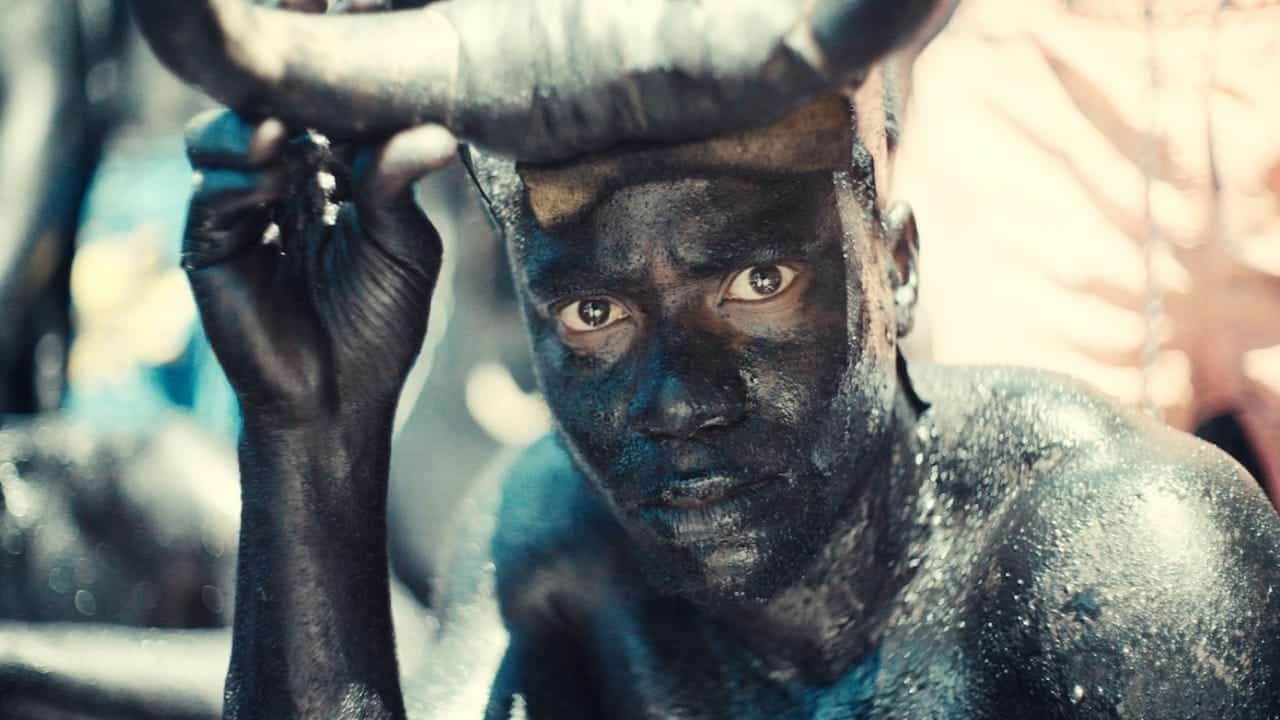 Kanaval: A People’s History of Haiti in Six Chapters (2022)

British documentary filmmakers Leah Gordon and Eddie Hutton Mills have taken an upbeat approach in their film about Haiti, a country with a truly grim history. Told in six chapters by six narrators – Kanaval conveys the joyful exuberance of the colourful and popular carnival without diminishing the turbulent past of this island state.

The carnival in the southern city of Jacmel gets top marks from all the narrators. The wax lyrical about the origins of the costumes and demonstrations as historical replays. Port-au-Prince might be the capital, but their carnival celebrations are eclipsed by those in Jacmel.

The first chapter deals with colonisation of the island by French and Spaniards in the late 1790s, the former soon getting the upper hand. But a strong rebel movement, under the leadership of Toussaint L’Overture, fought for independence, which was achieved by the former slaves in 1804. Unfortunately, the leader had died in French captivity, and it fell to his successor, Jean-Jacques Dessaline to build an independent republic.

Creole, the language used by the former slaves, became the official lingua franca of the liberated country. But the defeated French insisted on reparations for the loss of slavery (!) insisting on USD 150,00, over USD 20 Billion in today’s money. The Haitian’s only stopped paying for their freedom in 1947. Adescar Sanil shows the re-creation of the black loin cloths worn by slaves when they met at night. And he reflects on the progress Haiti could have made, had it not been saddled with this heavy debt.

In 1915 the US invaded Haiti – for no apparent reason –  and the slave-status of the indigenous population was more or less restored. When the US troops left the island in 1934, a system of corruption and servitude remained. Haitians responded with Voodoo, and that become their soul. Far from anything portrayed in Hollywood films – where white, vulnerable women were chased by black sorcerers – the image nonetheless stuck. The re-creation of voodoo is particularly impressive, and showcases the imagination of the contemporary carnival activists.

In 1957 Haiti elected Francois Duvalier (1907-1971) as president. Called “Papa Doc” because he was a physician and helped cure an epidemic before he became president, he soon claimed to be dictator for life. On his death, he declared that his 19 year old son Jean-Claude (1951-2014) should succeed him despite his lack of experience. Jean Claude (Baby Doc) was not as keen on murder and torture as his father, he abandoned parts of the feared “Tonton Macoute”, the hated secret police. But he enjoyed life as a playboy and ironically, his lavish, televised wedding would lead to his downfall in 1986. He fled the country, claiming “the people would have toppled him in the carnival season”.

Today’s carnival activists use paint to transform them into superheroes of Hollywood films. But the street artists are also impressively athletic and their dances are spontaneous and exhilarating to watch. The joy and exuberance is infectious, and you certainly believe Frantz Jean, the last of the narrators, when he says: “without the carnival people would go mad”. AS

KANAVAL | NOW ON RELEASE IN UK CINEMAS AND WILL BE SHOWN ON BBC ARENA on 27 NOVEMBER 2022.