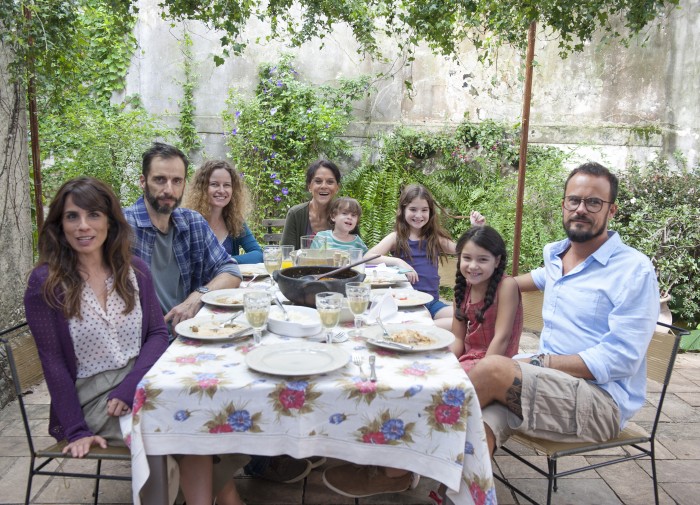 Brazilian director Lais Bodansky’s domestic drama is an upbeat but fraught and female-focused affair that brings nothing new to the familiar theme of mother-daughter conflict and ineffectual fathers and husbands.

In a leafy upmarket part of Sao Paulo a pleasant family lunch on the terrace ends in a tears after a devastating revelation rocks the family foundations leaving a put-upon working wife and mother to re-evaluate her marriage, her career and even her origins

There is no easy answer when Rosa (Maria Ribeiro) discovers that her father is not the man who brought her up but a key member of the Brazil’s government. Her self-centred mother Clarice delivers the brusque announcement that she conceived her only daughter during a business trip and is not about to apologise for the affair which contributed to her own marriage breakdown. Hurt and saddened, Rosa terminates all contact but soon the two are talking again with Clarice delivering another bombshell:that she has terminal cancer. Rosa reacts to all this by turning her energy inwards to examine her own situation and decides to contact her real father.

Rosa’s husband Dado (Paulo Vilhena) is a lightweight environmentalist who flirts iwth his colleagues, avoids the chores then wonders why they don’t have sex anymore when leaving Rosa to do the lion’s share of school runs and cleaning.

This is a breezy and natural film with plenty of drama and shouty scenes leavened by shrewd insights. The lighter moments emerge when Rosa becomes close to another parent, Pedro, on the school run. The love hate relationship between mother and daughter is dramatically rich and certainly more mature than the resentments that poison Rosa’s turgid marriage in this decent but unmemorable Sao Paulo snapshot. MT