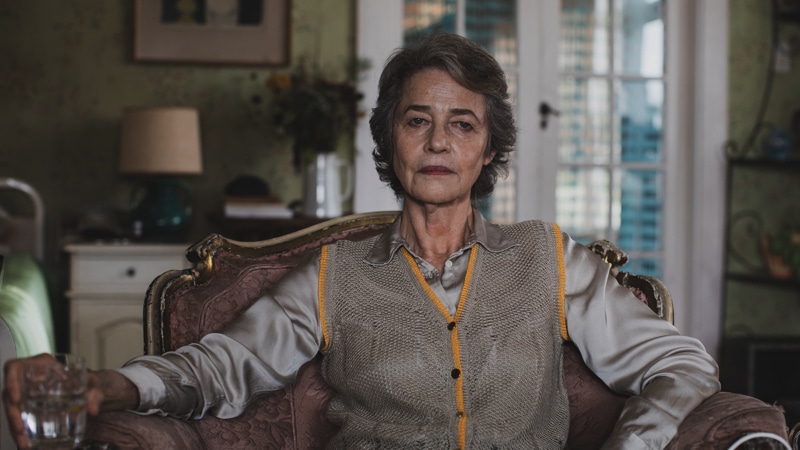 Charlotte Rampling steals every scene in this poignant if predictable drama from debut director Matthew Savile. Light-hearted and upbeat Juniper also showcases the verdant landscapes of Auckland captured on the widescreen by Marty Williams.

Ruth (Rampling) is a prickly English wartime correspondent convalescing in her son Robert’s (Csokas) country house in New Zealand where she has wised up to his ulterior motives – a need for financial support and to act as a rudder for his unruly teenage son Sam (Ferrier). Sam has no wish to look after a cantankerous old woman and is furious about her sleeping in his late mother’s bedroom.

A keen battle of wits develops as Ruth and Sam find common ground as intergenerational tearaways with the same rebellious take on life, although Ruth has the edge in this amusing character drama that shares certain similarities with Justin Kurzel’s recent hit Nitram, without the incendiary power and implications of that thriller.

Rampling brings out the humanity in Ruth whose eloquent resolve is unaffected by her regularly hitting the gin bottle and calling a spade a spade without ever losing her cool determination not to be outwitted by a petulant grandson who has recently lost his mother and been expelled from school, and eventually uses him to achieve her own benevolent ends.

Avoiding sentimentality and astute in his observation that age and infirmity have no bearing on a person’s innate character drives, Juniper is a witty and well-written debut taking its clever title from the Juniper berry that goes into making gin. Ruth is a courageous woman whose desires are undimmed by her increasing years bringing to mind Dylan Thomas well worn poem: “Do not go gentle into that good night…Rage, rage against the dying of the light”. MT