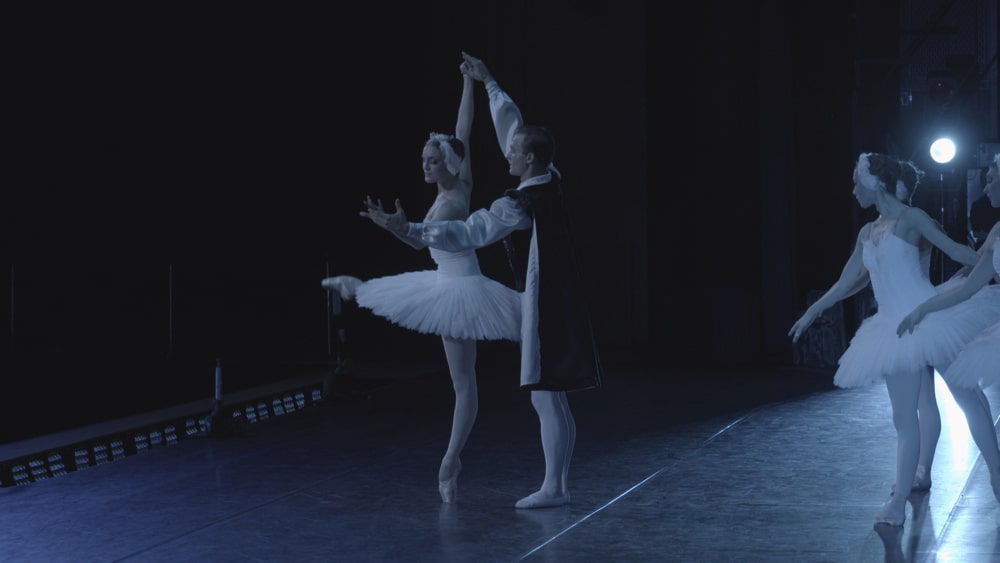 A culture of bribery and corruption in Russia’s Bolshoi Ballet provides the cut and thrust of this new documentary, seen through eyes of Prima ballerina Joy Womack.

Born in 1994, Womack grew up in California and Texas, even though she is ethnically Russian. At the age of 15 she left her family and went to train at the Bolshoi Ballet Academy in 2009, later becomeing a member of the Bolshoi Ballet proper – quite an achievement and a ‘first’ for an American. But she would resign in 2013 when the scandal became public, later joining the Kremlin Ballet Theatre Moscow where she performed the leading role in ‘Swan Lake’ and other iconic parts in the repertoire.

Told in a series of flashbacks that culminate in her performance in ‘Swan Lake’ at the Kremlin Ballet Theatre – the film is a hotchpotch of episodes  in Womack’s life: there are highlights of her training and rehearsals, and her close relationship with ex-partner Nikita Ivanov-Goncharov. Two biographers, Masha Beck and Elizabeth Shockman are the main commentators, often rather too gushing in style giving the undertaking a hagiographic flavour. Training to be a dancer is gruelling and psychologically stressful: at one point Womack needed complex and expensive surgery after dancing with a fractured foot, just because no understudy was available. Fortunately her church provided the financing for her operation, because her family had gone bankrupt.

Most dancers suffer from weight problems, and Joy is no different. Weighing at one point only 38 kg, she developed an eating disorder, along with many of her colleagues. One point of contention between Joy and Nikita, also a dancer, was her total commitment to work. Womack is clear about her goals in life: “More work is good, no compromises. I train at the gym, practice my yoga, run a bible group and attend church. I could not do all this if I was still with Nikita. Many things make me into a better dancer and a better person. For me, works comes first, and I consider it impossible to combine work and personal life”.

Sadly, Nikita, now a choreographer, has to accept she’s married to her work with almost religious devotion. But it wasn’t a happy decision and she misses him: “He does not understand it, he is heartbroken. My heart aches for him.” When she left the Kremlin Ballet Theatre for a position in Seoul, she was adamant to burn no bridges: “Moscow will be always my home, I think of it as a base”.

Structurally flawed due to its confusing non-linear timeline – makes this a confusing to watch, but Womack herself is very much a documentary filmmaker’s dream: outspoken and always willing to take centre stage, she is a force of nature to be reckoned with, even if her underlying need for entitlement is sometimes grating.

Lively and action-packed throughout its running time, this portrait of a woman bulldozing herself through life, taking no prisoners is impressive. AS