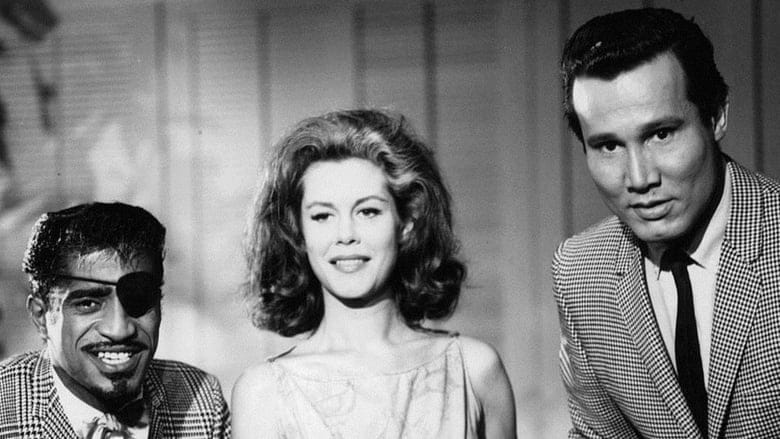 Before Lee Marvin in The Killers and Point Blank there was Johnny Cool. The name ‘Johnny’ in the title usually means a romantic loner; but this Johnny was such a reptilian thug that by the end I was rooting for him to get what was coming to him in a way that I never did with the likes of Jimmy Cagney.

After possibly the worst title song I’ve ever heard (sung by Sammy Davis Jr., who also contributes a cameo as a dealer in a gambling den in an eye-patch and loud check jacket named “Educated”), what follows is a real curate’s egg vividly shot on location by Sam Leavitt in deliberately ugly black & white with an astonishing cast of cameo players (I particularly liked Mort Sahl’s contribution). The bewitching Elizabeth Montgomery is wasted as a bored socialite who takes a shine to Johnny after seeing him karate someone in a restaurant, yet seems a bit slow to realise that maybe he’s not really a very nice person. (She and director William Asher married the same year and together embarked the following year on the evergreen TV hit ‘Bewitched’, and she was lost to movies forever.)

That the Production Code was by now on its last legs is attested to by macabre details such as the fact that he takes a knife rather than a gun with him to settle one particular score; while he improbably uses a big heavy suitcase with a bomb in it to blow up one victim rather than simply shooting him. And how did he make his getaway after machine-gunning someone else through the top floor window of a high rise office block from a window cleaner’s cradle? However, the film is obliged to show sufficient restraint in its denouement to leave enough to the imagination to make the conclusion far more chilling than had we seen more. (And it’s refreshing to see Elisha Cook Jr. come out on top for once). ©Richard Chatten