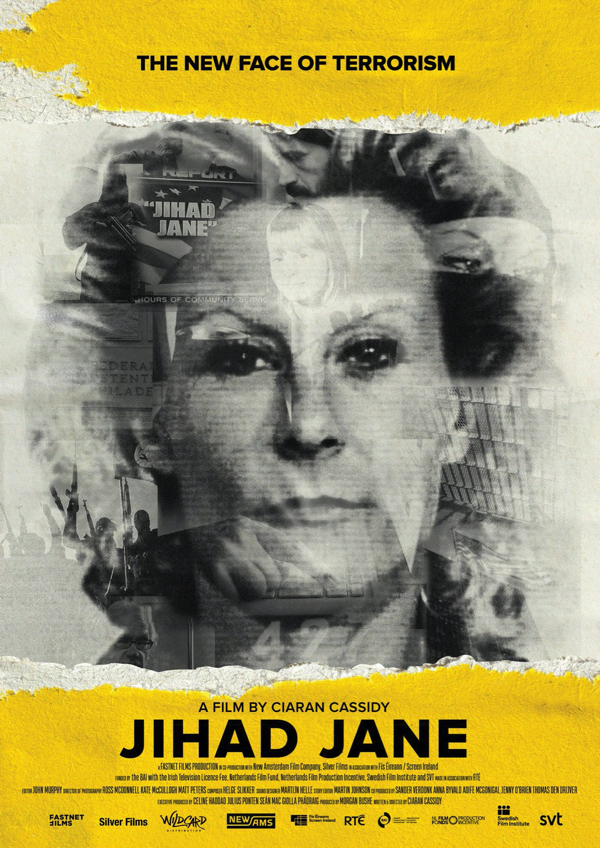 The fear of terrorism looms large.  And nowhere less so than America where isolated communities are particularly prey to online influences. In her first feature length documentary Irish director/writer Ciarán Cassidy shows how easily the disenchanted can be taken over by terrorism. Jihad Jane examines how two American women sought refuge on the internet – sucked into terrorist propaganda as a means of making something of their lives.

Colleen LaRose (*1963) is described by her former boyfriend Kurt “as a normal country girl”. How wrong he was. In actual fact, Colleen, from Pennsylvania, had been raped by her father since the age of seven. Running away at only thirteen, she found herself coerced into becoming a sex worker before marrying a ‘client’ two years later. Jamie Paulin Ramirez (*1979), from Colorado, has a less obvious history of abuse: she had been married three times, her first husband who she married when barely a teenager, was abusive. They became known as ‘Jihad Jane’ and ‘Jihad Jamie’, ‘the new face of terrorism”. Arrested in 2010 in Waterford, Ireland, they were given lengthy prison sentences. The ‘third’ man of the “terror cell” was an autistic teenager, Mohammed Hassan Khalid from Baltimore/Maryland. He was only fifteen at the time of his arrest – but fared not much better than then two women at his trial.

Their supposed victim was the Swedish cartoonist Lars Vilks, who had ‘insulted’ Islam, by putting the head of the prophet Mohammed on a dog. Vilks seems to be a provocateur with the super-ego of a narcissist. He actually comes off much worse than the women: somebody who makes a living from gathering negative attention, much like the right-wing propagandists in the US media, who are being paid handsomely for their efforts.

Everyday life for Collen LaRose meant looking after her elderly mother and her partner’s ailing father. Not much time for romance. But on the net, Jihad promised both: marriage to a fighter and a life life with purpose, creating self-esteem for the first time. For Colleen the dream came true – even if it was short. She shared the fanatical beliefs of a man she met on holiday in Amsterdam – just a brief sexual encounter was enough to raise her self-worth, as she imagined herself punishing ‘infidels’ including Vilks, who had been targeted with a ‘fatwa’. And Jamie Paulin Ramirez took her six-year old son with her to Waterford to enforce said fatwa – but not before she married Ali Damache a day after her arrival, after meeting him in a chatroom. The personal and the political – so closely connected. No surprise then that LaRose grassed the plot to the authorities because the gratification was taking too long for her: like all would-be revolutionaries, she wanted action NOW.

There is a rather sad epilogue: although the documentary is set between 2008 and 2010, LaRose did not get a prison release until 2018. She is a Trump voter – after eight years in jail. “I’m somebody now”, she proclaims, clutching an armful of hand-knitted stuffed animals.

DoP Ross McDonald shows an impressive snowy Colorado, a welcome change to the ‘talking heads’. Cassidy’s portrait of evil is compelling and makes for an intriguing insight into middle America without denouncing LaRose whose life could have put to a better purpose than terrorism had she had a secure childhood. AS