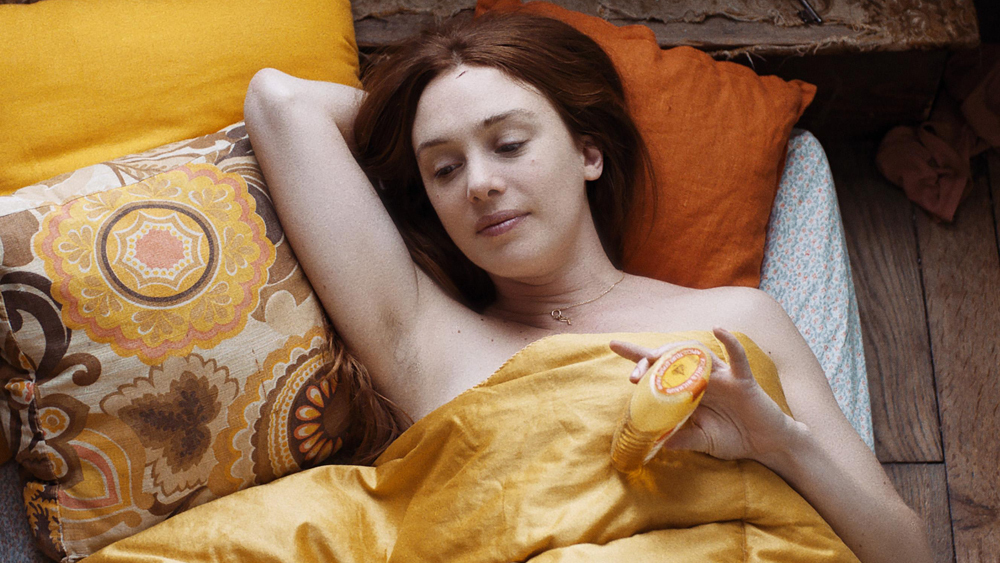 La Femis graduate Leonor Serraille, won the Camera d’ Or at Cannes 2017, is a for this wild debut: its main protagonist Julia  – an excellent Laetitia Dosch – is nothing like the fragile, delicate damsel in distress of countless French features, but a steamroller of a personality: ready to bury anything in her way – including herself.

Serraille introduces her heroine head on, literally: splitting her forehead, ramming it against the door of her ex-lover Joachim Deloche (Monsaigeon), a photographer, who had made a career modelling her, but has now discarded the young woman on their return to Paris. After a decade in Mexico, Julia has returned to France broke, homeless and looking after Joachim’s cat, a fluffy Persian. She is picked up and rescued, by mistake, by a young woman who believes she is a former school friend, who had heterochromic eyes, just like Julia, whose irises are green and hazel.

After Julia’s rescuer discovers her mistake, she and the cat are homeless again Thus begins an emotional rollercoaster ride, in which Julia has to adapt like a chameleon to ever changing situations. Her mother (Richard), blames her: “you are just like your father, you leave me alone”. Finding a place to sleep on the sofa of an elderly man, is no solution either; after being told, that he does not like to sleep alone, Julia tells him “to buy himself a teddy bear” and moves out. Answering an ad, Julia then gets a job as a baby sitter, and is allowed to sleep in the maid’s chamber in the attic. This is eventful film full of gleeful energy but Seraille avoids romanticising the predicaments Julia finds herself in. The gender relations are always at the centre, ranging from rough sexual harassment to absurdity (Ousmane falling asleep whilst Julia is undressing him). Serraille, who was pregnant during shooting, never idealises her main protagonist: Julia is not a victim, but her stubborn fight for absolute autonomy results in her having sometimes a part in her own downfall. AS