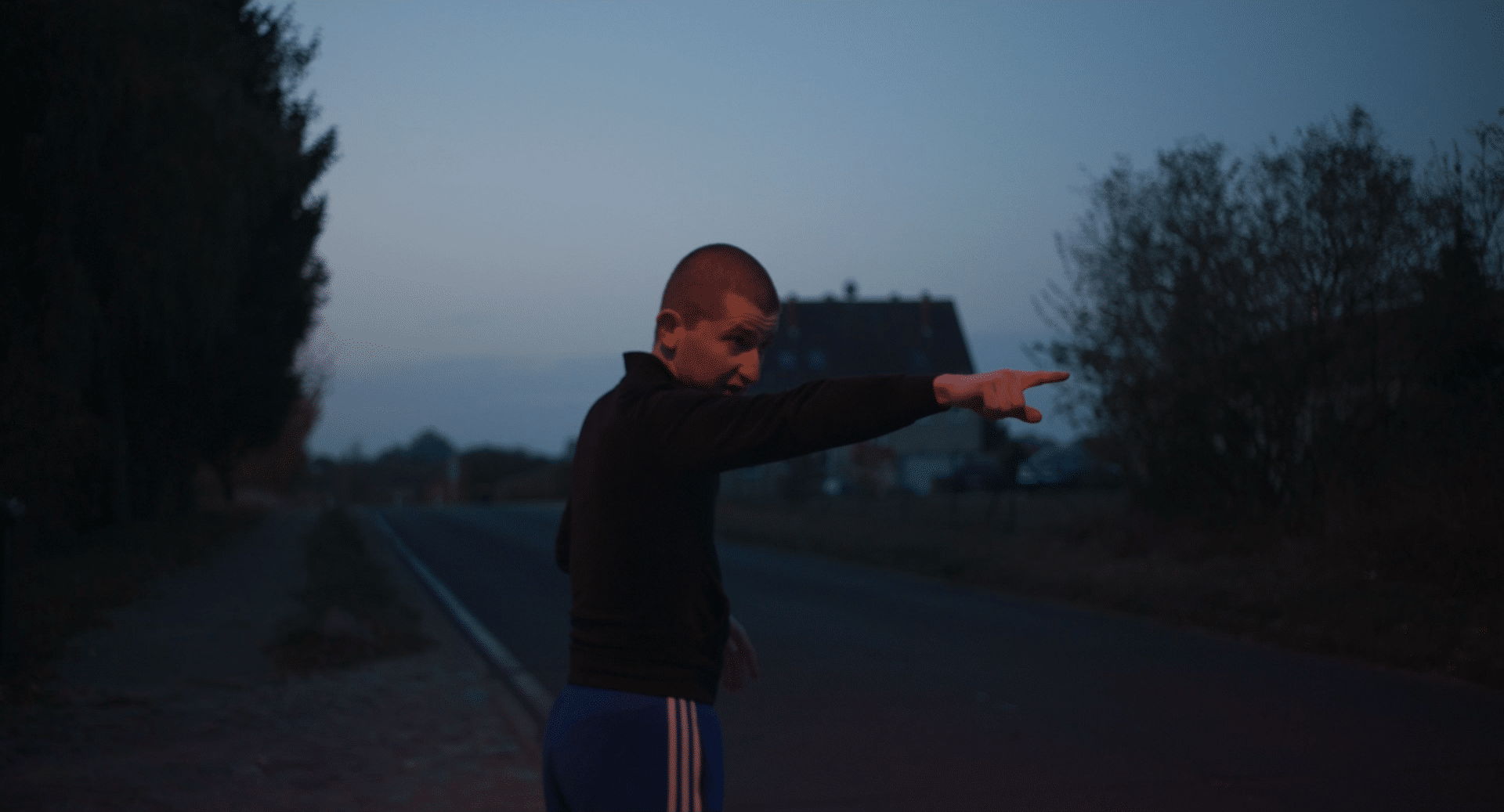 David and Sasa Vajda’s debut feature is an uneasy docu-fiction hybrid that follows a motley crew of drug addicts who have found refuge in an evangelical psychosocial support group at the outskirts of Berlin. Rumour has it that one former member Angelo (Martone) was a Mafia boss. Run by a self-proclaimed priest, a self-confessed junkie himself, who often insults and humiliates his ‘flock’, there is no structure in their day-to-day life, just an endless flow of psychotic people, left more or less to themselves.

Egon (Arámbula) is the main focus. Recently new to the group he does his best to fit in having to repeat even short utterances at least twice as he is sinks further and further in his psychosis during the filming. When Ben (Stein), beats the priest at chess, Egon compares him to Michael Jordan: “Ben is a Pro”. It soon emerges that Ben nearly overdosed, and that Egon avoids having a shower, apparently sharing his reluctance with Jesus to clean himself (clearly this is the key to the film’s title).

Egon is full of the usual gestures common to his particular mental illness. Out on the street he waves at the cars flying by, “allowing” them to pass. When a dumpster lorry stops to collect rubbish, Egon gracefully permits the men to get on with their work. Pinky (Schlemm) sings badly into a microphone, before declaring that Jesus is dead. Egon grabs the micro from her, sharing his ‘encounter’ with Jesus the previous night. “He said, he loved me, and does not like to shower. And he smoked cigars. And I said to Jesus, ‘laugh, at least once’.” As the film plays out Egon refers to himself increasingly in the third person singular – a sure sign of an impending split in his personality. He asks the priest if he will go to Heaven. “I want to know now”. At one point during dinner, the priest asks Egon to hoot like an owl, and the latter acquiesces.

We suddenly cut to a Super 8 home movie with the young Jenny (Stewans), who had been sexually abused by her father since the age of ten. Her torment went on for years. The voice-over also confesses Jenny and the family watched TV, a broadcast featuring child prodigies, one of them could remember all street names in Oslo.

DoP Antonia Lange contributes with her very realistic images to this perturbing and very unsettling narrative. Clearly all participants are suffering from major psychosis, and should be looked after in a proper psychiatric unit. The filmmakers’ neutrality is somehow infuriating – even though they stay true to their fly-on-the-wall cinema-verite approach. Benjamin Stein died and the feature is dedicated to him. AS