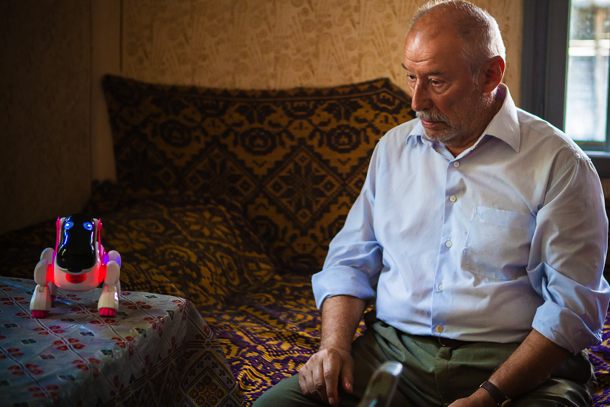 Romanian cinema is remarkable in its ability to take the rough with the smooth and often with humour. Here in his impressive debut feature (set in his childhood village) Tudor Cristian Jurgiu gradually builds a visual narrative of  the difficulties faced by an elderly man following the floods that affected the east of the country in 2010.  Slow, intimate and poetic in feel but always with its feet firmly on the ground, (no pun intended) this Romanian New Wave piece is upbeat and positive, for the most part.

Costache is played by the stoical and melancholic Victor Rebenguic (Medal of Honour), a strong man exuding integrity and not without hope, who has just lost everything including his wife, Maria.  Coping (barely) with the tragedy, his energy is spent clearing up and attempting to make a home of the new place he’s been given and dealing with the necessary authorities in the village. And this wouldn’t be Romania without the trademark red-tape that always rears its head at some point.  But that’s not his only worry. He’s concerned that his son (Serban Pavlu) will not make it for the funeral. But he does, with his Japanese wife , Hiroku (Kana Hashimoto) and a strange robot that looks like a dog – and talks. 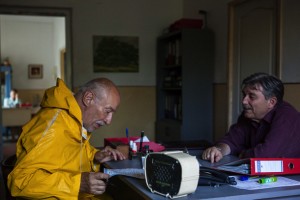 As son and father re-connect, a deepening relationship develops that brings its own challenges. Andrei Butica’s (Child’s Pose) glorious but simple visuals convey the essence of the countryside and  the locals’ attachment to this bucolic way of life.  The humour often lies in the ‘lost in translation’ moments between Costache, his grandson and the Japanese dog.  MT

THE JAPANESE DOG’s Victor Rebenguic, has been an actor since 1957.