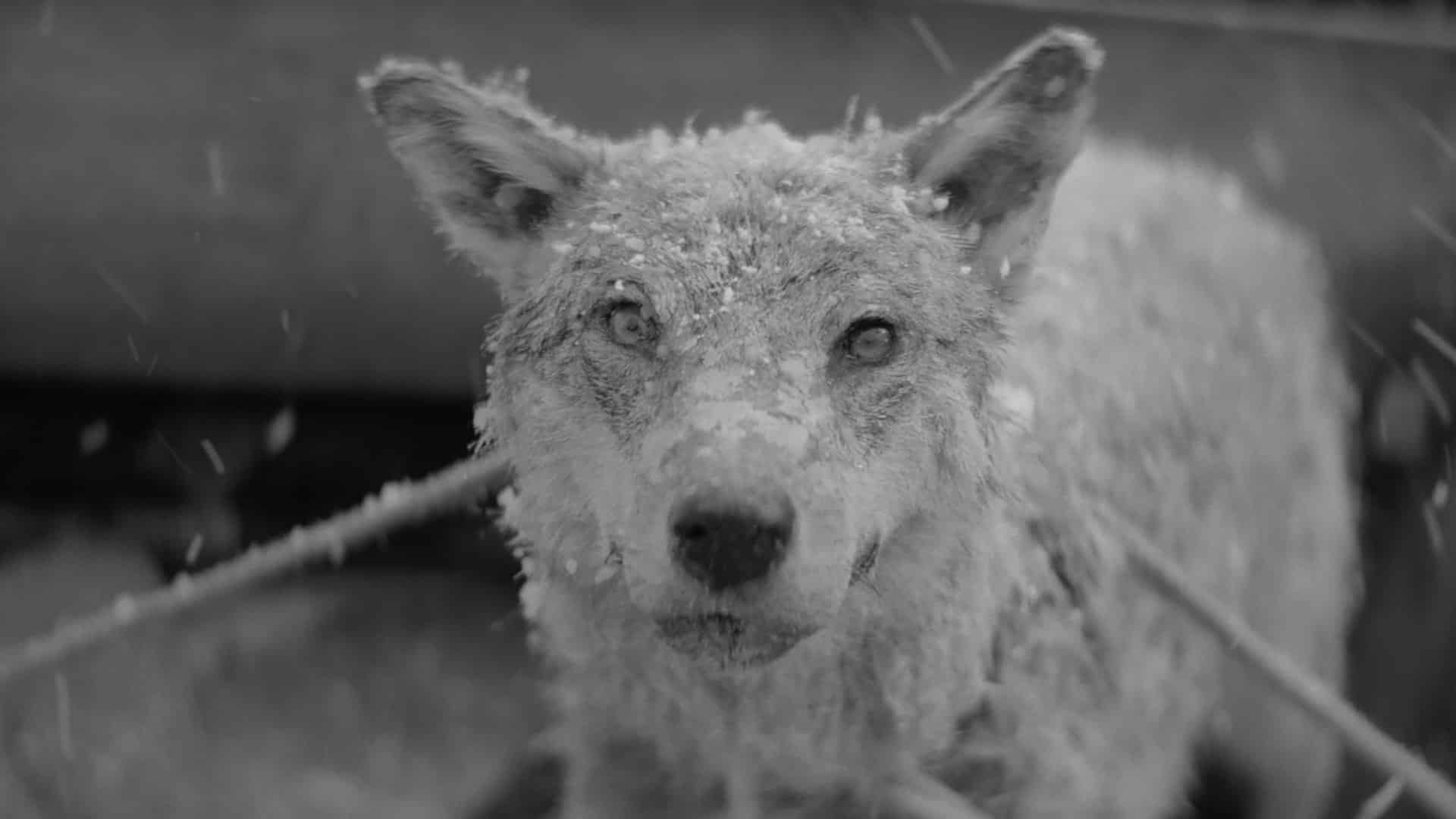 A first feature for Bulgarian director Andrey Paounov, who honed his craft as a documentarian,   January sees two men and a bird trapped facing an existential crisis in a snowstorm in the middle of nowhere.

January is the coldest month in Bulgaria, and no-one in their right mind would venture outside, particularly into the woods, where wolves and vampires lurk in a ghostly white wilderness.

Borrowing from Beckett and Lynch and based on a play by Yordan Radichkov, Paounov and his English co-writer Alex Barrett (best known for City Symphony) drench their evocative icebound thriller in post-socialist gloom, aesthetically it is close to the “Dybuk” features set in Eastern Europe in the late 1930s.

In a small hut next to an old industrial building, the guard (Finzi) and an old man (Surchadzhiew) are bored, trying to master the crossword. They are waiting for a certain Peter Matorow, who went out early in the morning with his sled and gun to drive to the nearby city. Matorow seems to be in charge, and able to find a solution for the current impasse. Soon twins (Baharov/Stoyanov) arrive, wanting to know about the whereabouts of said Matorov. They are threatening, and the guard tries to pacify them. Finally, Moratow’sled arrives, but the horse carries just his gun and a wolf frozen to death.

The arrival of a priest (Yovchev),makes everything even more enigmatic, and the ritual of the horse returning only with a gun and a frozen wolf is repeated four times – without any hope for the return of Matorov. After dark, a group of vampire hunters arrives, accusing the old man of being dead for a long time. But they leave in the sled with the now customary outcome. In a brilliant scene towards the end – shot in glittering colour in contrast to the sombre black-and-white of the rest of the feature – the guard, by now contemplating suicide, visits a 1950 night club, where the bartender (Krastev) treats him like an old friend.

DoP Vasco Viana composes images of a prison like existence, where the two men live in the shadow of the plant next door, whilst they are reduced to opening walnuts with a self-built apparatus. It is clear, that the huge building next door represents communisms, old photos of their leaders are laying around, decaying like the building itself. On the other hand, the modern oligarchs, who are ruling the country now, are not much better, the twins just want to participate in the exploitation of their home country. The Guard is trying to keep the vampires at bay, and save something of the past for himself and the old man, before becoming more and more suicidal. Symbolically, the crow kept in an cage and suspected to drink the local brew of rakia, is uncertain to leave its cage after given the chance to fly away.

JANUARY is compelling first feature , but the running time doesn’t  legitimsed by the rather thin narrative..