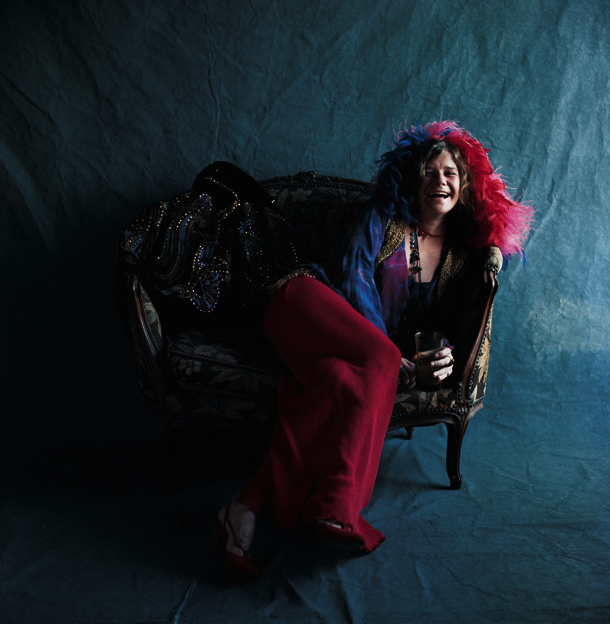 In her biopic of the maverick artist Janis Joplin, which has its premiere here in Venice Film Festival, Amy Berg offers up a treasure trove of musical footage and interviews to flesh out a voluptuously generous portrait of an American sixties singer who sang from the heart and was tenderly in touch with her emotions: “maybe ambition is a quest for love, lots of love”.

Janis Joplin’s life was cut short when she died on October 4th, 1970 at the age of only 27, in the midst of a musical odyssey that had started to take a promising professional turn. In an era where most women were being housewives and mothers, Joplin was pushing out the boundaries of a musical career. Berg focuses on Joplin’s overwhelming desire to engage and interact with her audience rather than to be a star standing alone on a stage: “I like Music because it comes from emotion and creates emotion”. And this emphasis on her music as a gift to inspire is what ultimately makes Berg’s documentary JANIS: LITTLE GIRL BLUE a winner on a human level.

With JANIS, Amy Berg is becoming somewhat of a star herself on the documentary stage. Deliver Us from Evil, and the upcoming Prophet’s Prey are recent examples of her remarkable ability to communicate difficult stories in a fascinating and absorbing way. Her films play out with the tension and resonance of great drama and by avoiding endless facts and figures, they illuminate their subject matter in appealing and comprehensive ways. And JANIS is no different. What we take away here is a portrait of a likeable, non-conformist who was dedicated to her craft and had the ability to inspire and impress everyone she met. Janis was not known for her physical beauty: she was once voted “Ugliest Man” by University of Texas male students – an episode that understandably crushed her – but her electrifying enthusiasm charmed and seduced men as she developed her craft. And although her life ultimately ended in tragedy, Janis had almost conquered her demons and come to terms with her unhappy early years as a woman who was, clearly, very different from her peers.

So Joplin emerges as a young woman who found she had a voice in her late teens. In the narration by Chan Marshall (Cat Power) we discover that she left home after university in Austin, Texas to go to  San Francisco where she dated both men and women on the music scene and quickly became addicted to Methedrine, which sent her back to dry out at her parents’ back in Texas. After joining a popular band Big Brother and the Holding Company, she formed close links with Pig Pen and Country Joe McDonald in an industry that was dominated – and still is – by strong male personalities. There is a recurring motif of a train running down a track and this seems to celebrate Joplin’s spirit of always moving on to new challenges in the unknown, After a dalliance with the Kozmic Blues Band she went on to play at Monterey Pop and Woodstock, almost made a film with D A Pennebaker and gradually drifted on through a haze of drugs, drink, friends – Dick Cavett and Bob Weir (Grateful Dead) stand out – and lovers who remember her with great fondness and joy. There are frequent personal letters to her parents and her sister, who also appears on camera.

With JANIS, Amy Berg has distilled an intimate elixir of this charismatic force of nature, who wore her heart on her sleeve. When all is said and done – and the circumstances of Joplin’s tragic death are thankfully only mentioned briefly – what stands out is the tale of a pioneering woman who was loved and admired by everyone and who got better at the craft she valued most in her life. and that’s the most important part. This is not just a biopic for Joplin fans but for anyone fascinated by the music scene of the sixties. MT