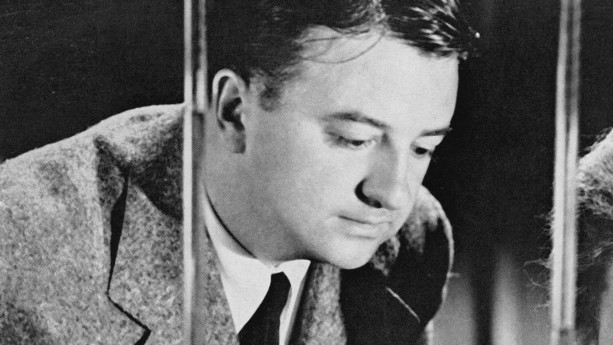 Jacques Tourneur (1904-1977) is best known today for a handful of films, all shot between 1942 and 1948: CAT PEOPLE; I WALKED WITH A ZOMBIE, THE LEOPARD MAN; OUT OF THE PAST and BERLIN EXPRESS. Tourneur was comfortable working in various genres, from Western to Fantasy-horror, and his feature film oeuvre of thirty-three titles (and notable TV work, including a famous Twilight episode) – are all included in this astonishing retrospective. Martin Scorsese is a champion of his much neglected and lesser know features.

At the time of his birth in Paris 1904, Jacques Tourneur’s father – and soon to be filmmaker Maurice (1876-1961) – was working as an artist in a studio near the Luxemburg Gardens. It was a place of horror for the four-year-old Jacques whose early memories include searching desperately for his Christmas presents in “a very long corridor, completely black, and I could make out in the distance, the white spots, that were my presents. I walked forward all alone, torn between the desire for the toys and a fear that almost made me faint, especially as the toys in their packages started to take on a phantom-like appearance”. When Jacques was naughty his unaffectionate parents would put him in a cupboard where the family’s maid was ordered to shake a bowler hat with the words: “It’s the Thunderman!. Jacques later claimed: “this is the source for my obsession to suddenly introduce inexplicable things into s shot, like the hand on the banisters in NIGHT OF THE DEMON, which disappears in the reverse shot”.

Jacques went to the Lycées Montaigne and Lakanal in Paris, before joining his father in New York in 1914. His father still continued to make life difficult for him: “I was the only child to wear suspenders. So the other children spent their time pulling on my suspenders very hard, in order to let them snap into my back. I didn’t dare wear them any more, and walked around holding up my trousers. I think, that was what led me to put in my films comic touches in a dramatic moment, to better highlight the dramatic side: the magician disguised as a clown in NIGHT OF THE DEMON. It’s fascinating to mix fear and the ridiculous, as in the death of the clown in BERLIN EXPRESS”.

Whilst in High School, Jacques started to work as an extra in films and in 1924 joined his  father on Never the Twain Shall Meet (1925) and as a script clerk on Tahiti (1925). Jacques was twenty-one when Maurice returned to Europe after the disaster of The Mysterious Island (1929). The farewell was, not surprisingly, frosty: “ He gave me a hundred Dollar bill, saying: “Now get by’”. Jacques worked as a stock player, but his career went into the doldrums. After being arrested for drunkenness (heralding his lifelong struggle with alcoholism), Jacques re-joined his father in Berlin, where in 1929 Maurice was directing Marlene Dietrich in Grischa the Cook. It was in the German capital that Jacques met his wife Marguerite Christiane Virideau; the couple stayed together until Jacques’ death in 1977. Between 1930 and 1934 Jacques was editor and assistant director for all his father’s films, it what was mostly a difficult relationship. And whilst Maurice was working on his second French film as director, he turned to Jacques, and the ensemble cast including Charles Vanel with the words: “I saw the cut of my current film, and it’s the first time a film of mine has been well-edited”. AS