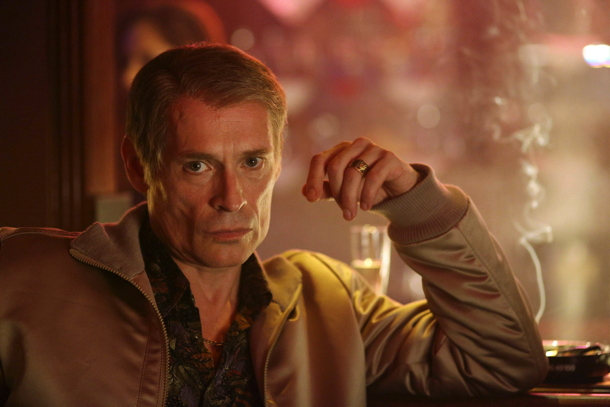 Leopards changing or not changing spots is a good starting point for JACK. An anti-thriller that subtly asks whether a killer is born or made, it received its world-premiere at the 68th edition of Locarno Film Festival, whose fitting avatar—a speckled golden feline—prowls across the screen before each film. The second feature by Austrian director Elisabeth Scharang is a curious fictionalisation of the life of Johann ‘Jack’ Unterweger (Johannes Krisch), who rose to short-lived fame as a poet and writer in 1990s Vienna, having been released from a 15-year prison stint for murdering a woman in 1974—only to be convicted for more than ten additional murders thereafter, before killing himself in 1994.

Scharang is more vague than the history books as to whether Unterweger did indeed start murdering again after his release—and the real thrust of the film’s final third has to do with how far we can take the protagonist at his word, having never really been allowed in to begin with. In 2008, John Malkovich portrayed him on the stage. Krisch, who looks like Robert Carlyle playing Willem Dafoe, depicts him as an impenetrably and vulnerably confident soul (naked foetal positions abound), in line with Unterweger’s own psychiatric diagnosis with narcissistic personality disorder not long before his 1994 conviction.

It’s not until the final on-screen text that Scharang reveals her real-life inspiration, however, which makes the film itself all the more intriguing. With a catchy soundtrack by Austrian alt-rock band Naked Lunch serving to distance us from a position from which we might otherwise discern the eponymous character’s intentions, JACK—not unlike the protagonist—keeps its cards close to its chest. It’s never really made clear what the film’s overriding purpose, its dramatic premise, actually is. That’s a strength rather than a weakness here, forcing us not merely to invest in the central character but to question whether or not we want to, or indeed should.

It’s a clever approach, given the film’s theme of rehabilitation and the institutional and social structures that propagate or deny it. For many, Jack has paid for the callous murder of a woman one wintry night a decade and a half previously, and his release from prison concludes a process that heals by means of punishment—i.e., serving time (“time is running, but my time stands still”). But at the mere hint that Jack is responsible for other murders (in Prague, Los Angeles, Dornbirn), all bar a few of his associates abandon him.

This is, more than anything else, a cool treatise on the ways in which a media circus can extract capital from a convict at the same time as enabling his continued criminalisation. Long before Jack is suspected of killing again, we see publishers, sales agents and publicists happily promoting his entry into that fickle trajectory called fame (“I’ll be famous,” he tells his lover after sex. “I’ll get to the top”). Celebrity demands content like a leech does blood: when sales figures for his book aren’t quite as high as expected, Jack is pressured into investigative journalism, forced back into his old world of pimps and prostitutes so that he can file front-line missives.

Scharang and cinematographer Jörg Widmer light this latter milieu with the same superficial sheen as those parasitic offices of the publishing world, suggesting the two have more than a mere resemblance. Rather disturbingly, in fact, the director suggests that the entire punishment/retribution debate, as perpetuated by the media at least, is a charade. In an early scene, we see Jack in an open-air prison space, standing in front of a visibly fake backdrop of painted forestry. Real freedom, it implies, is a sham. MICHAEL PATTISON