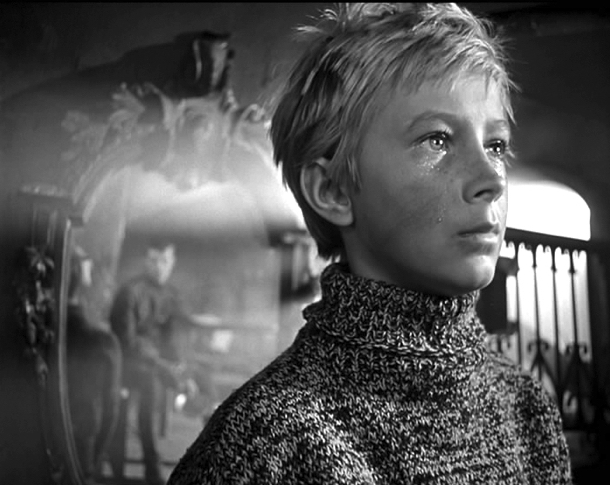 Tarkovsky’s first feature IVAN’S CHILDHOOD (1962), tells the story of 12-year-old Ivan who, orphaned by Hitler’s invading troops, becomes a scout for the Soviet army, risking his life and slipping between the marshy front lines. Ivan’s Childhood won Tarkovsky international acclaim and recognition in the West by being awarded the Golden Lion at Venice on the year of its release.

Before the war Tarkovsky’s elegantly rendered dream sequences and flashbacks recall Ivan’s happy childhood before his tender years are subject to the horrors of war where he is is guided by two officers, Kholin (Valentin Zubkov) and Galtsev (Evgeny Zharikov) who spar over their lust for a beautiful nurse, Masha (Valentina Malyavina). But in darker scenes, lit only by flares in some of most powerfully haunting scenes ever committed to film, the three companions are seen creeping through a bleak battlescape during the grim task of collecting the bodies of their compatriot scouts who have been hanged by the Nazis. In a skilfully edited switch the film comes to a closes reflecting on a devastated Berlin in 1945. MT