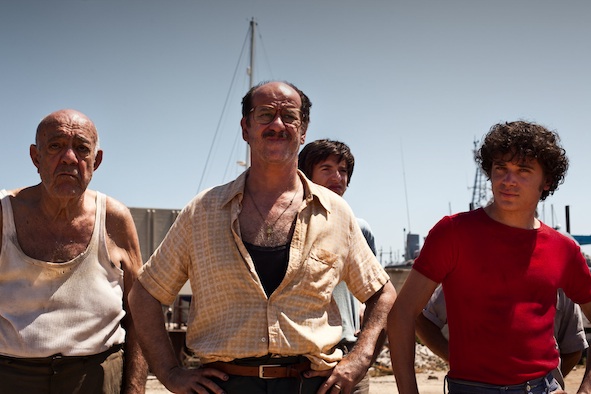 90min  ***  Drama from the novel by Roberto Alaimo

For this first outing without his creative partner Franco Maresco, Daniele Cipri turns to his Southern Italian roots for inspiration with a dramatic black comedy set in seaside sink estate Sicily and based on a novel by Roberto Alaimo.

At its heart is a commanding performance from Toni Servillo as Nicola, a scrap metal dealer whose own heart beats overtime when his little daughter Serenella is killed in a Camorra shoot-out, leaving him to claim government compensation via dodgy dealers and red tape bureaucracy: it may even be a scam.  Aided and abetted by the lazy but likeable large family, he is forced to go further and further into debt to meet the bogus compensation ‘conditions’.  And he’s the only one working.

There’s no one better to play the head of the family in this theatrical melodrama that plays out like a Greek tragedy with hand gestures; than Toni Servillo.  He’s a larger than life character and a national hero in Italy.  With a powerful physicality and dominant onscreen presence, he’s Famous for his tour de force performances in The Consequences of Love, Il Divo, Gorbaciof and Gomorrah to name but a few.  Giselda Volodi is strong as his long-suffering wife Loredana.  Aurora Quattrocchi, as his mother, comes into her own at the climax: and it’s a surprising one proving that Italy’s matriachal society is very much alive and kicking when it comes to running the family.

Daniele Cipri was awarded at Venice this year for this feature. He is cinematographer on Marco Bellocchio’s Dormant Beauty. MT 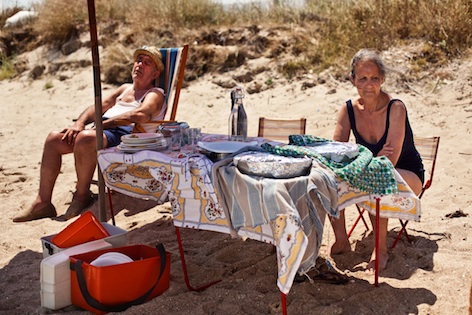