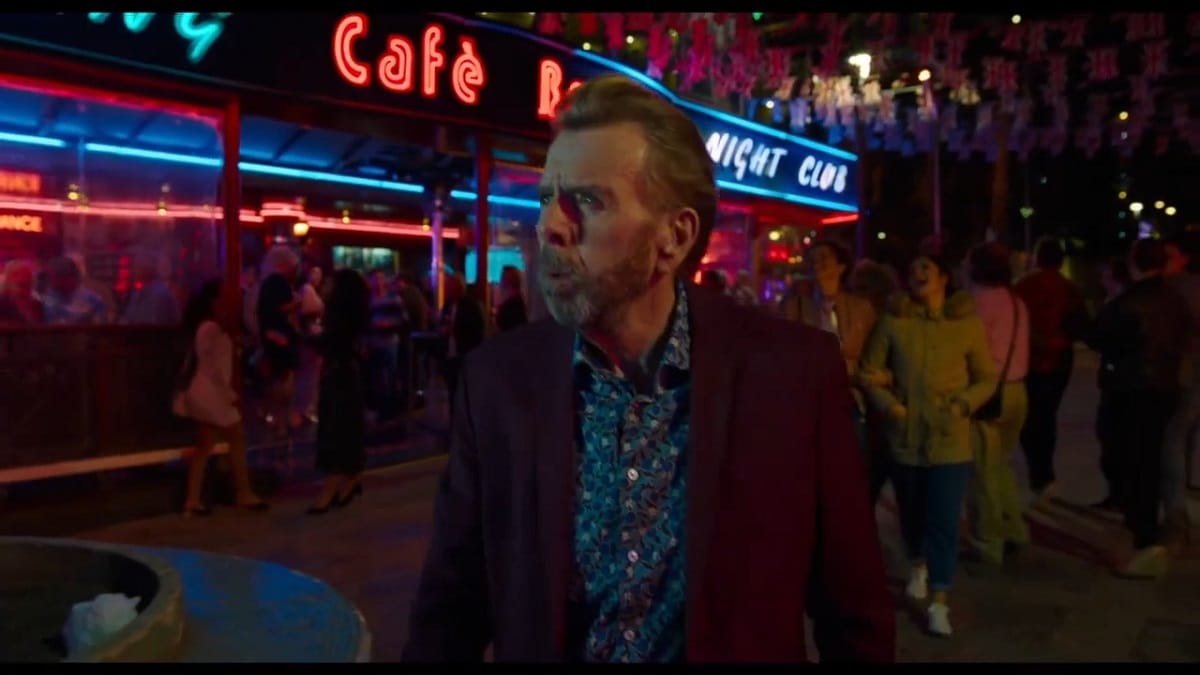 Lost souls are marooned in an artificial ‘paradise’ in this meandering drama from Catalan writer director Isabelle Coixet.

The best thing about It Snows in Benidorm is Timothy Spall who carries the film with a permanently perplexed and world weary expression as Peter Riordan, a kindly but disillusioned bank clerk given early retirement when his ethics fall out of favour with the bank’s modern approach to lending.

Peter, also a keen meteorologist, heads off to Spain to visit his brother Daniel who he hasn’t seen for years, and who never appears either, providing the first in a long list of unanswered questions in this overlong and often farcical feature with its stagey internal scenes set against the towering skyscrapers of its panoramic backdrop of the Costa Blanca. Benidorm emerges a touristy retirement backwater for garishly dressed hysterical pensioners on their second lease of life; a sunny place for shady Spaniards, as Somerset Maugham who say, where people regularly disappear into its criminal underworld.

The dispeptic Peter does find love of sorts in burlesque dancer Sarita Choudhury who fails to bring out the humanity in the lonely ‘Pearl’ resigned to a life of displacement after a questionable past. Peter discovers his brother was embroiled in dodgy dealings in the property market, and ends up in a phoney kidnap attempt courtesy of Daniel’s business partner Esteban Campos (Casablanc) a longtime lamb butcher hellbent on making a killing of a different kind. There’s also a part for Almodovar regular Carmen Machi as the spunky seaside police chief: an awkward scene involving a tryst with her muscled young lover feels ridiculous.

Coixet has had some successes in her long career but with Snows it looks like she made a list of socially relevant themes to be incorporated into her storyline, and they crop up in offbeat scenes that sit incoherently alongside the main thrust of the narrative – the search for Daniel – robbing the piece of a much needed dramatic tension, rather like the adverts on TV. Whether It Snows in Benidorm is meant to be a dark comedy, or a comedy of manners, is unclear but it doesn’t succeed as either. And as the story draws to its cryptic conclusion we are left as uninspired and perplexed as Peter himself. MT