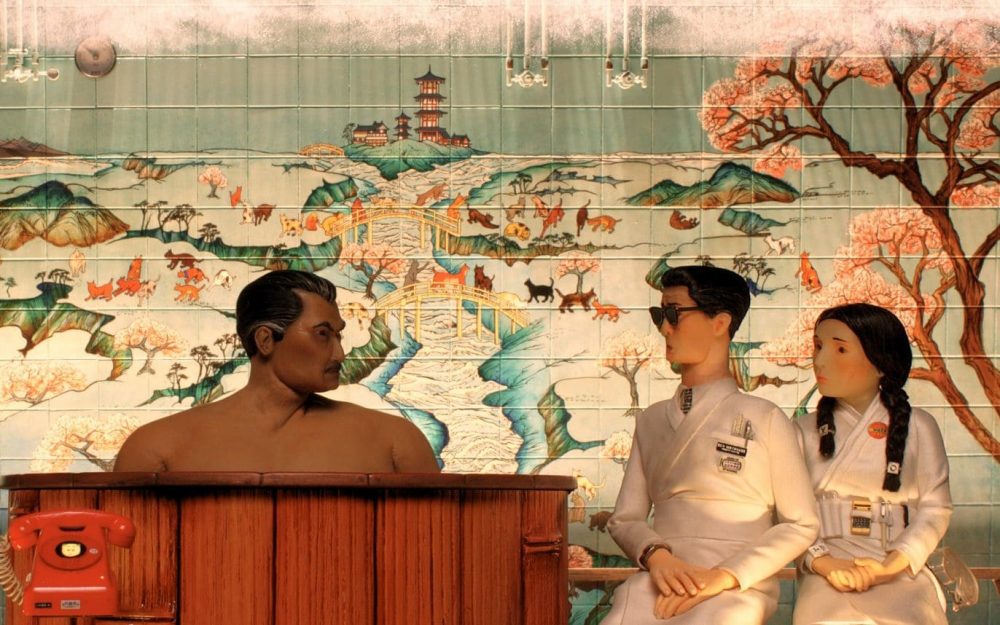 Twenty years into the future in an isle in the Japanese archipelago five dogs are relegated to the scrap heap quite literally – a landfill site is no place for man’s best friend. In this richly rendered riotously rhythmic animation, Wes Anderson’s social satire says: man may be master of the Universe but behind every good man is his dog. And every dog here certainly has its day.

ISLE OF DOGS is undeniably a Wes Anderson masterpiece, the finely groomed stop-motion animation chockfull of current day themes such as fake news and Asian ‘flu. The canines are canny and convincing each with its own cute character; in an entirely fitting celebration for the Chinese Year of the Dog. Scenes of sushi preparation, human kidney transplant and Dog flu serum injection are delightfully impressive, all set to Alexandre Desplat’s tick-tocking score.

There is never a dull moment in this often barking mad delight, all bristling with whip-smart wit and deadpan humour that Wes does so well. MT