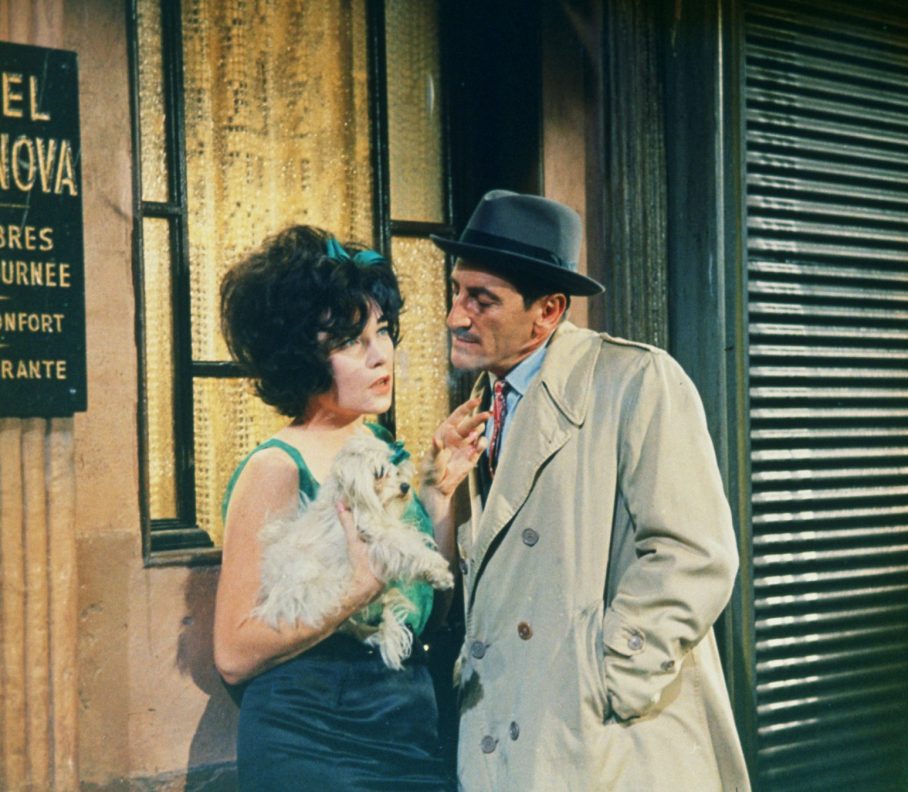 Three years after The Apartment, Wilder re-united Shirley MacLaine and Jack Lemmon, along with his DoP Joseph LaShelle and PD Alexander Trauner (Les Enfants du Paradis) for this funny, endearing feature, set in Paris. Irma looks dated with its stagey Sixties settings and florid interiors, and it’s not quite as biting as the black-and-white New York satire, but Irma La Douce was nevertheless Wilder’s last original work: re-makes and self-indulgence dominated the last, rather shallow seven films until 1981.

Andre Previn won the Oscar for Best Music Score for his original compositions. Irma La Douce is based on the play by Alexandre Breffort, Wilder and his regular co-writer I.A.L. Diamond tell the story of sex-worker Irma (MacLaine), who falls for disgraced ex-cop Nestor Patou (Lemmon), whose attempts to reform the local call girls lose him his job.  Irma’s pimp  His aim in life was to reform the district’s call-girls. But after losing his job, he tries to make an honest woman out of Irma, who gives all her earnings to her pimp Hippolyte (Yarnell), who Patou beats up. angry about this state of affairs that he floors the pimp – and is terrible surprised that Irma now wants to work for him. Bartender Moustache (Jacobi) lends him 500 Franc, so he can play his own double, an English Lord, who only wants to sleep with Irma. But whilst Patou spends the nights with Irma, he has to work during the day in an abattoir, carrying dead pigs. Finally, he has to kill the Lord off – but now, his ex-colleges are wanting him for murder.

Today, Irma is a little quaint, and certainly a little too long at two-and-a-half hours running time. But at the time, it was very brave. The Hays Code was not fooled, and called the feature “a coarse mockery of virtue”. And the Catholic Church send priest to the shooting, wanting to make sure, that no blasphemy happened during the wedding scene. But apart from the above mentioned production values – including Andre Previn’s score – the feature belongs to MacLaine and Lemmon, who just have enough empathy which each other, to pull the unbelievable story off. As for Wilder, he was, for the last time the “Bürgerschreck” (the bogeyman of the establishment) he so badly wanted to be. AS